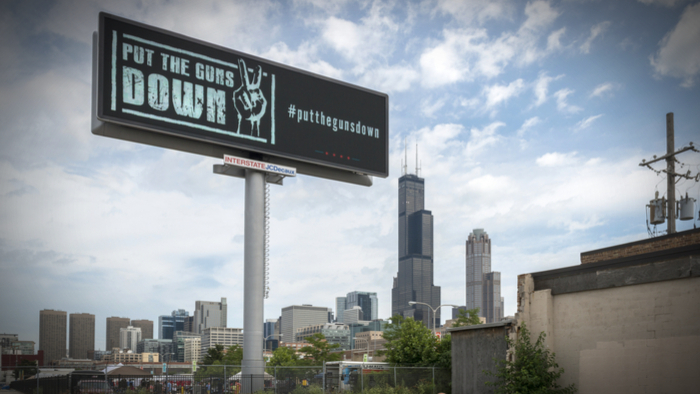 • The Marshall Project discusses a middle-class college student from the Chicago suburbs named David Lewisbey, who was arrested for selling firearms to gangsters. His story reveals intricacies of gun violence and the criminal justice system.

• What can we do to address the growing epidemic of gun violence in the U.S.? As this perspective shows, the answers aren’t easy, and requires a deeper understanding of different communities.

• Here’s how one program in Chicago is trying to address rising crime by expanding job opportunities.

I was looking into the case of David Lewisbey, a middle-class college kid who was arrested in 2012 for trafficking guns from Indiana to Chicago and became a human symbol of gun violence, invoked by everyone from the Chicago Tribune to Fox News to President Obama. At his sentencing, the judge called him a perfect example of how guns “get onto the streets of the city of Chicago, into the hands of gangbangers who then shoot them and kill people with them.” He gave Lewisbey the highest punishment possible under the law — 17 years, just three years short of the average sentence for first-degree murder. It was the longest gun-trafficking sentence anyone at the court could remember.

But looking at crime through the eyes of the authorities is like diagnosing an illness by asking the doctor how he feels. You might learn enough to treat the obvious symptoms, but you’ll never understand the underlying disease. How did a college boy like Lewisbey get mixed up with a street gang? Was it just mutual greed? A sense of shared danger? Did he come to embrace their vision of the world? Could that explain why guns became as synonymous to Chicago as deep-dish pizza?

Read the full article about how a middle-class college kid became a symbol of Chicago gun violence by John H. Richardson at The Marshall Project.