The Importance and Urgency Around LGBTQ Advocacy 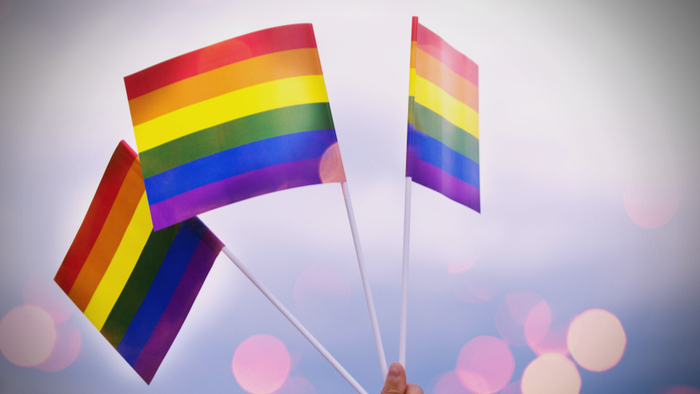 • Sage Anderson at Mashable interviewed Sarah McBride, a transgender spokesperson for the Human Rights Campaign, on why there needs to be urgency for LGBTQ advocacy now.

• How can donors help fund LGBTQ advocacy at the local and federal level?

• Here are three questions that transformed the LGBTQ movement.

The anti-trans, anti-LGBTQ actions and policies enacted during the Trump administration make it hard to conceptualize at times that the tides are slowly turning in Washington. Every day we see more evidence of a culture shifting and expanding the political voices of LGBTQ individuals in public policy. Sarah McBride is living proof of this change.

McBride first made national headlines when she publicly came out as transgender toward the end of her term as student body president at American University. Just a year later, she was in the Obama administration’s White House, the first openly trans woman to hold a prestigious internship there.

In 2016, she became the first trans woman to speak at a major political convention at the Democratic National Convention. She now serves as the spokesperson for the Human Rights Campaign.

But the road to becoming a public figure in the fight for LGBTQ equality wasn’t quite so simple. During her time in the White House, McBride met and married Andrew Clay, a trans man and fellow activist. Just days after their wedding, he passed away from a terminal cancer. On her website, McBride describes how his passing “instilled in [her] a firm belief in the urgency of political and social change.”

The political voices in Washington are changing — but not fast enough. We must all feel, as McBride says, “a fierce urgency of now” in LGBTQ advocacy.

Mashable: How has your identity informed your work?

Read the full article about LGBTQ advocacy by Sage Anderson at Mashable.