The Intricacies of this Majority-female Venture Fund 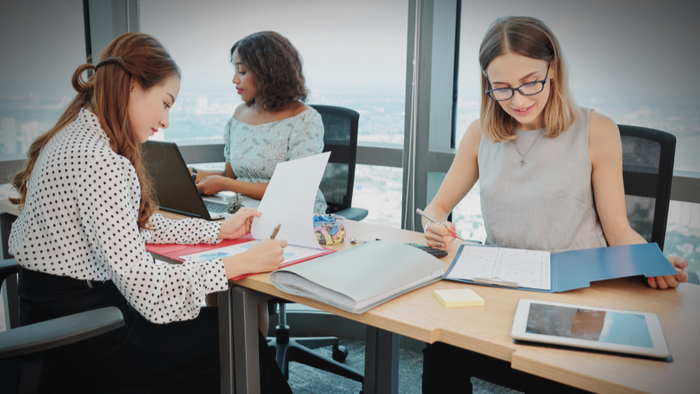 • Operator Collective is a new venture capital fund that is 90 percent women, and a large quantity of them have never invested in technology before.

• What are some of the promising components of female-majority venture funds? How is this fund creating and expanding opportunities for women in tech?

•  Learn why we should fund female venture capitalists.

On a recent Wednesday in Woodside, Calif., about a dozen Silicon Valley-based investors gathered to celebrate a new fund. These were some of the region’s top “operators”—the executives who make organizations tick day-to-day—from some of the hottest tech companies around, with many decades of experience (and financial success) represented in the room. But they also had something else in common: Nearly all of them were first-time investors.

Why had they never invested before? Because no one had ever asked them to.

Operator Collective, the new fund, counts more than 100 of these operators and first-time investors as its limited partners. (The fund has not yet officially closed but currently stands at $45 million.) Notably, 90% of these LPs are women, and more than 40% of them are people of color. And yes, 77% of them have never invested in tech, though they are fully steeped in the industry.

“We didn’t build this like a traditional VC firm,” says Mallun Yen, founder and general partner at Operator Collective, and a long-time tech exec who has helped scale multiple Silicon Valley companies. “We wanted to turn the model on its head.”

Other VC firms have hired investing partners with startup experience, but few have focused on bringing on such an operator-heavy (and diverse) pool of LPs. And Operator Collective’s lengthy roster of LPs won’t stay behind the scenes, as is most common with typical VC firms. That kind of access is likely to be attractive to startups, especially given that nearly 50% of the fund’s mostly female LPs have worked at companies that have been acquired, 41% of them have worked at startups that have gone public, and 44% have scaled their respective companies to $1 billion. The roster includes the COOs of Silicon Valley startups Waymo, Stripe, and Cloudflare, the CTOs of Lime and Gap, and the CMO of Zoom, to name just a few.

In addition to learning and connecting with others, taking action is a key step towards becoming an impact giver. If you are interested in giving with impact for Venture Philanthropy take a look at these Giving Funds, Charitable Organizations or Projects.