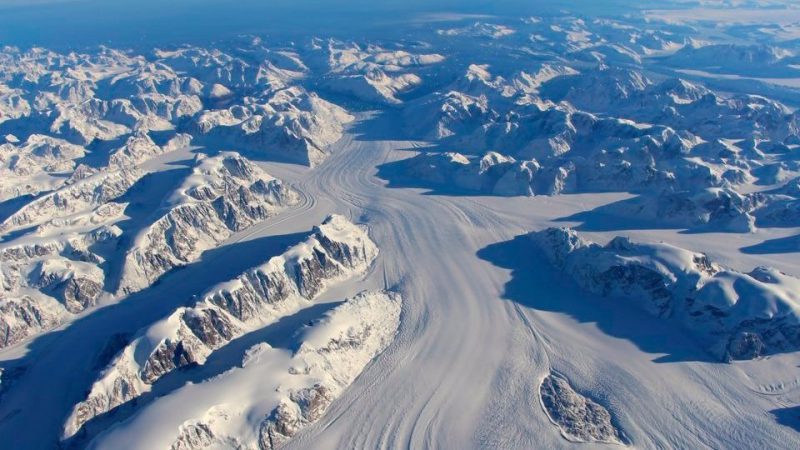 Around 717 million years ago, the Earth turned into a snowball. Most of the ocean, if not all of it, was frozen at its surface. The land, which was aggregated into one big supercontinent, was also covered in mile-thick ice. And then, everything changed. Volcanoes released enough carbon dioxide into the atmosphere to trap the sun’s heat and trigger global warming. The ice melted, and the surface of the sea reached temperatures of 120 to 140 degrees Fahrenheit. By 659 million years ago, the world had transformed from snowball to greenhouse. And just 14 million years later, the ice returned and the planet became a snowball for the second time.

I just don’t think an ecosystem with sharks in it would be possible with just bacteria.

This song of ice and fire was a momentous period for life on Earth. According to Jochen Brocks from the Australian National University, it liberated a flood of nutrients that permanently transformed the oceans, from a world that was dominated by bacteria to one where algae were ascendant. The algae, in turn, revolutionized the food webs in the sea, paving the way for the evolution of larger and increasingly complex organisms—like the first animals. If the Age of Algae had never dawned, we wouldn’t be here.

They found that during the first snowball period, and in all the millennia before it, bacterial hopanes greatly outnumbered algal steranes. But in the interval when the planet had defrosted, between 645 and 659 million years ago, sterane levels skyrocketed by 100 to 1,000 times, reaching a peak that has persisted to this day. The diversity of steranes also went up, from a single molecule into a whole smorgasbord of them. These results are far starker than Brocks had anticipated. They clearly show that algae rose to power during a narrow 14-million-year window, becoming more abundant and more diverse.

Ed Yong is a staff writer at The Atlantic, where he covers science.