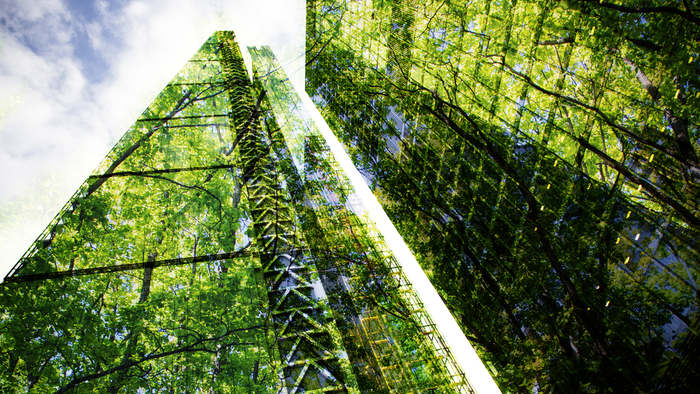 • In this excerpt from The Business of Less: The Role of Companies and Households on a Planet in Peril, Roland Geyer examines sustainable business.

• How can you help businesses transition to sustainable models?

• Read about the potential of green bonds.

One definition that I really like, due to its simplicity and lack of normative judgement, is this: “The fundamental role of business has remained relatively constant: providing the goods and services that people need or want.” This definition was written in 2014 by Yvan Allaire as Chair of the Global Agenda Council on the Role of Business. Allaire then goes on to advocate for a return to the view that companies have responsibilities to all its stakeholders, not just its shareholders. The term stakeholders is used here in the broadest possible sense. It includes customers, employees, supply chain partners, society as a whole, and even the natural environment.

Allaire is not alone in this view, but part of a larger movement. I mentioned in Chapter 5 that the Business Roundtable, an association of American CEOs, officially changed its definition of the purpose of a company in August 2019. It was a very visible and official move away from shareholder primacy and towards corporate responsibility to all stakeholders. The new statement explicitly mentions fairly compensating employees, dealing fairly and ethically with suppliers, and protecting the environment. Unless this is pure lip service, I seem to be much closer aligned with America’s CEOs than I imagined.

The movement away from shareholder primacy has even reached the legal realm. Since 2010, U.S. businesses can incorporate as a so-called benefit corporation. This legal structure turns the pursuit of social and environmental goals, in addition to financial ones, into legally defined and defensible objectives of the company. In addition to this legal structure, companies can also join the third-party B Corp Certification program, which assesses the progress towards their social and environmental goals every year. In late 2020, over 3,600 businesses were certified B Corps.

The apparel company Patagonia has been a certified B Corp since 2011, but you may not be surprised to hear that their stated purpose now goes quite a bit further than adding a few social and environmental goals. In 2018, Patagonia changed its mission statement from “Build the best product, cause no unnecessary harm, use business to inspire and implement solutions to the environmental crisis” to “We’re in business to save our home planet.” Asked for the reason behind this change, founder Yvon Chouinard said this: “It’s because we’re destroying the planet, and it’s gotten so dire that we have to do something about it.”

So, if the fundamental role of business is to provide the goods and services that people need or want, what is the role of business on a planet in peril? My answer in Chapter 6 was this: To provide for everyone while dramatically reducing the environmental impact of doing so. This is the essence of the business of less.