The Power of Investing in Girls in Sierra Leone 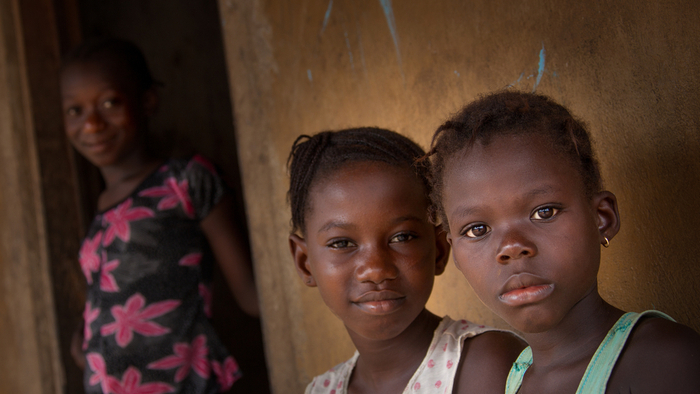 • Economists Youssouf Kiendrebeogo and Quentin Wodon discuss how investing in girls in Sierra Leone is not only the right thing to do but also is a highly smart economic investment.

• How can philanthropy support equal education in Sierra Leone?

Since 2010, Sierra Leone has prohibited pregnant girls and teenage mothers from attending school. On March 30, 2020, following a judgment by the Court of Justice of the Economic Community of West African States, Sierra Leone President Julius Maada Bio and Education Minister David Moinina Sengeh announced the end of the 10-year ban. This decision is a major step forward to ensure that girls have the same educational opportunities as boys. It builds on other policies to facilitate access to education, including the Free Quality School Education Program announced by President Bio in August 2018. Yet more remains to be done.

As discussed in the latest World Bank Sierra Leone Economic Update, girls remain more likely than boys to drop out of secondary school. This is in part due to child marriage, with almost 3 in 10 girls marrying before the age of 18. The prevalence of early childbearing (having a child before the age of 18) is also high, at almost 3 in 10 girls. If child marriages were ended, teenage pregnancies would be substantially reduced. The resulting economic benefits for girls and for the country as a whole would be substantial.

Read the full article about investing in girls in Sierra Leone by Youssouf Kiendrebeogo and Quentin Wodon at Brookings.

If you are looking for opportunities to take action and give money to Coronavirus, here are some Giving Funds, Charitable Organizations and Projects aggregated by Giving Compass where you can take immediate action.