The Realities of Rising Seas 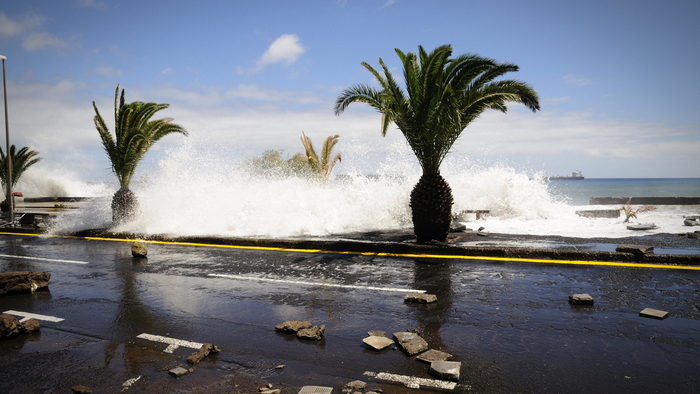 • Mark Kaufman recounts Kate Marvel’s talk at the Social Good Summit on Sept. 22 about the devastating consequences of rising seas.

• How can funders help communities prepare for these consequences? Which communities are most in need of support?

“We’re sure sea levels are rising,” emphasized Marvel, a researcher at the NASA Goddard Institute for Space Studies.

Scientists are also sure that greenhouse gases — notably carbon dioxide — are trapping heat on the planet, downpours are getting more intense, and rising temperatures are driving increasingly extreme Western wildfires.

Yet sea level rise (often) isn’t as conspicuous as Earth’s dying glaciers, historic droughts, and plumes of smoke from escalating wildfires. When we peer down into the water sloshing against a harbor’s walls, the ever-shifting tides might obscure the sea’s creeping rise. Still, as the planet’s relentlessly warming oceans expand and great ice sheets melt into the seas, the saltwater incessantly rises.

Since 1900, sea levels have, on average, gone up around 8 inches, and this rate is increasing. From one year to the next, the change is hard to see, as seas are currently rising by about one-eighth of an inch each year.

But the notion that sea level rise and warming oceans are a slow-moving, far-off consequence is a misconception, Marvel emphasized. The consequences, while continuing, are already visible — particularly when it comes to tropical storms and cyclones.

A prominent driver of sea level rise today, in addition to melting ice sheets, is the warming seas, which results in a well-understood phenomenon called “thermal expansion” (water expands when heated). The oceans certainly have a potent heat source today, as the seas absorb over 90 percent of the heat generated by human activities. Critically, these warming waters can intensify tropical cyclones, which include hurricanes. The violent storms suck up moisture and energy from warmer ocean surfaces.

In the Atlantic Ocean, for example, while there isn’t a trend of more hurricanes forming, there is evidence that hurricanes are growing stronger, and hurricane scientists expect this trend to continue in the coming decades.

And when any storm hits land, boosted sea levels mean an ever-worsening storm surge, which is the resulting swell of water as a cyclone’s violent winds push sea water into coasts. Every cyclone today now has a greater potential for destruction and flooding.

Read the full article about the realities of rising seas by Mark Kaufman at Mashable.