The Role of Newspapers for Communities 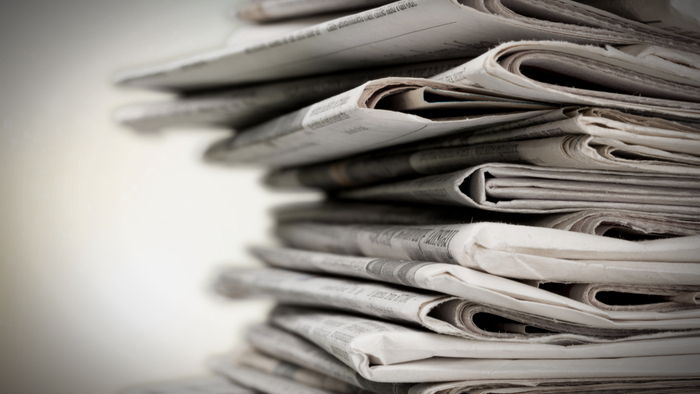 Rural newspapers have been closing “left and right” over the past two decades, but it’s important to keep them open, especially in communities with schools, according to a column in the Minot Daily News in North Dakota by former lieutenant governor and political-science professor Lloyd Omdahl. One big reason: local newspapers highlight and increase community pride.

“Much of our community life revolves around the local school. Towns without newspapers still have young people competing in a full array of sports and extracurricular activities. For them, school days leave indelible memories, supported by clippings of their feats from the local newspaper – if there is one. Without the paper, they are left unsung,” Omdahl writes. “Every city with a school has youngsters eager to excel and to be encouraged. The local newspaper gives enduring evidence of their efforts. Every town with a school needs a newspaper.”

Because newspapers are so important to communities, Omdahl proposed several months ago that city treasuries pitch in some funding. Many editors were skeptical of the notion out of a desire to retain independent from even perceived government influence. But other local governments have invested in their newspapers after recognizing the critical role they fill, Omdahl writes.

Read the full article about rural newspapers by Heather Chapman at The Rural Blog.

If you are looking for opportunities to learn and connect with others interested in the topic of Media and Journalism, take a look at these events, galas, conferences and volunteering opportunities aggregated by Giving Compass.

If you are looking for opportunities to take action and give money to Media and Journalism, here are some Giving Funds, Charitable Organizations and Projects aggregated by Giving Compass where you can take immediate action.