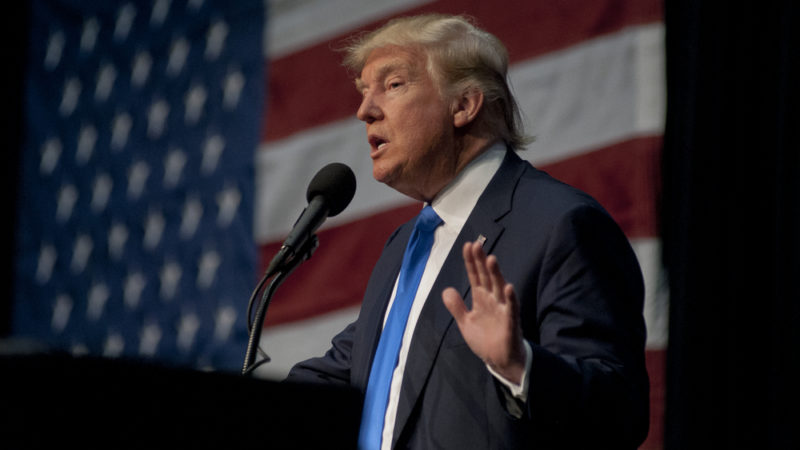 · President Trump met with residents of Santa Fe, Texas at Houston’s Coast Guard base to discuss the recent school tragedies and the work being done to increase safety. Although this event was closed to press, The Atlantic reports the criticism of the event and the White House’s school-safety commission for lack of action and planning.

Recently, President Trump met with residents of Santa Fe, Texas, including family members of students killed in the shooting at the town’s high school last month. The hour-long conversation on Houston’s Coast Guard base was closed to the press, and Trump left without giving comment, heading immediately to a $5,000-a-plate Republican fundraising luncheon at the St. Regis Hotel. The only thing that was evident was that he’d started his day off in high spirits: “We are going to have a little fun today,” he told a gaggle of reporters that morning before boarding Air Force One near Washington, D.C.

There were two other major Trump administration developments related to school shootings within hours of the president’s Texas visit, and neither helped to clarify what policy direction, if any, the White House is taking on school shootings and gun violence. At a recent briefing, White House Press Secretary Sarah Huckabee Sanders was vague in her response to a 13-year-old boy in the audience who pushed her to address “what steps the White House [is] taking to fix this issue.” As she held back tears, the press secretary emphasized how much she, a mother of three, sympathized with the boy’s fear of being killed and was determined to make schools safer; she didn’t, however, offer specifics, simply noting that the White House’s school-safety commission would soon be convening to start coming up with a game plan.

Indeed, as Trump spent the day in Texas, that commission—which was formed with the intent of “securing schools” largely in response to the February Marjory Stoneman Douglas High shooting and is being chaired by Education Secretary Betsy DeVos—was embarking on its first field visit. But it’s hard to say what the education secretary and other administration officials in attendance took away from their three or so hours at the Hanover, Maryland, elementary school known for its progressive approach to student discipline. The visit was aimed at learning more about strategies for ensuring positive and supportive campus environments in part as a means of preventing school shootings. That’s a general approach that was endorsed by the Obama Administration, and one that, as I’ve previously reported, the new commission was in part designed to review and potentially phase out.

Read the full article about the Trump Administration’s approach to school violence by Alia Wong at The Atlantic.