The UN Calls for Support to Bring Peace to Afghanistan 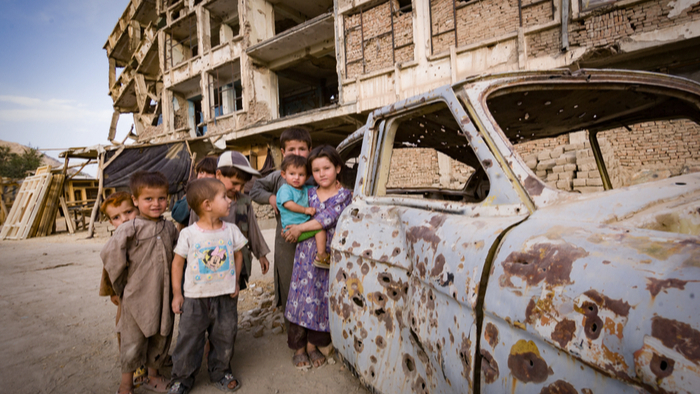 • Asad Hashim at Aljazeera describes the UN’s pleas for supporting an opportunity to bring peace to Afghanistan and help ease suffering for millions of displaced refugees.

• Why is it important to have the support of the international community in ending this decades-long conflict? What must be done beyond demilitarization? How can you play a part in aiding the recovery of refugees in surrounding areas?

• Learn more about the devastating impact of the war in Afghanistan on its citizens.

The United Nations has thrown its weight behind a peace process aimed at ending almost 20 years of devastating war in Afghanistan, with Secretary-General Antonio Guterres calling it an opportunity that “cannot” be missed.

In his speech, the UN chief urged the international community to aid Afghan refugees who reside in Pakistan and Iran and “do everything possible” to achieve peace in Afghanistan, where tens of thousands of civilians have been killed since a United States invasion in 2001.

Pakistan is home to at least 1.4 million registered refugees from Afghanistan,  per data from the UN High Commissioner for Refugees (UNHCR). At least as many are estimated by the authorities to be living in the country without official refugee cards, which Pakistan stopped issuing to new refugees in 2015.

Pakistani and UN officials encouraged the voluntary repatriation of Afghan refugees to their home country through a UN-assisted system. An increase in violence in Afghanistan has seen a dramatic drop in such returns in the last year.

In 2019, at least 8,079 refugees returned home to Afghanistan, including 6,062 from Pakistan and 1,939 from Iran, according to the UN data. That number was 59 percent lower than voluntary returns in 2018, and the lowest since the UN began keeping records following the 2001 outbreak of the war between the US-led NATO forces and the Taliban.

“From the refugee perspective, that path remains uncertain,” said Filippo Grandi, the UNHCR chief. “Inside Afghanistan fighting continues to kill and maim civilians, shut down schools and clinics and limit economic activity.

“More than 400,000 people were displaced within the country last year alone.”

Read the full article about the UN’s pleas for peace in Afghanistan by Asad Hashim at Aljazeera.

Learning and benchmarking are key steps towards becoming an impact giver. If you are interested in giving with impact on Place-based Philanthropy take a look at these selections from Giving Compass.