The Healthcare Results of the 2018 Election 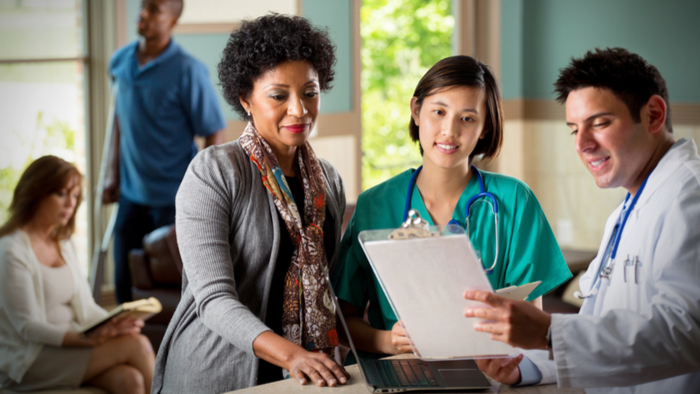 • Simon F. Haeder unpacks the healthcare results of the 2018 election, focusing on the Medicaid wins across the country.

• How can funders learn from the success and failures of the 2018 election?

• Learn more about the effort to expand Medicaid in red states.

In a night with mixed results, Medicaid came out a winner in a number of ways. For one, without control of the House of Representatives, efforts to undo the expansion under the Affordable Care Act, capping spending on the program by block granting it, or implementing a statutory provision for work requirements are off the table.

At the state level, changes are also profound. In three red states, Utah, Nebraska and Idaho, voters told their legislators to expand the program, potentially adding insurance coverage to more than 300,000. Moreover, Democratic gubernatorial wins in Wisconsin, Kansas and Maine could move those states toward expansion.

Yet, Medicaid could have done even better. A ballot initiative to fund the state’s Medicaid expansion via tobacco taxes failed in Montana under heavy assault by tobacco companies. If the legislature does not provide continued funding, Montana may be the first state to undo the Medicaid expansion. Republican wins in Alaska could also undo the expansion there.

Moreover, initiatives in Nebraska and Idaho did not include a funding mechanism, which may delay expansion there. Perhaps most crucially, millions more could have moved closer to insurance coverage with Democratic wins in Georgia and Florida.

The elections also brought mixed prospects for the future of work requirements for Medicaid beneficiaries. Newly elected Democratic governors in states like Wisconsin, Kansas and Michigan may seek to weaken or undo them, while newly elected Republican governors in Ohio and Florida may seek to strengthen and expand them.

Finally, loss of the House of Representatives also means that Republicans will be stymied in their attempts to curtail and privatize Medicare, the insurance program for America’s seniors.

Read the full article about the healthcare results of the 2018 election by Simon F. Haeder at The Conversation.