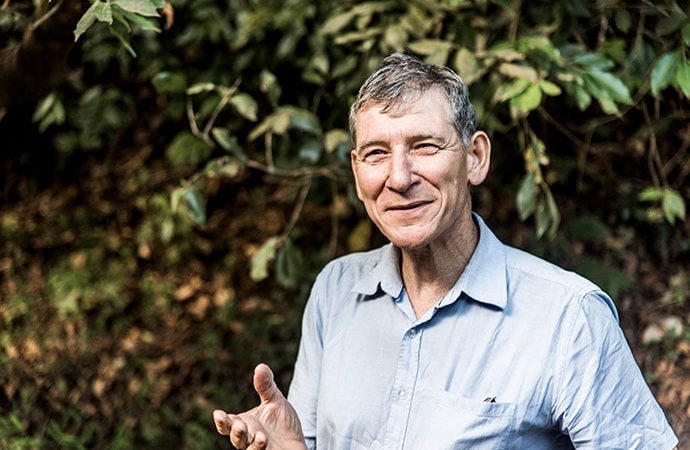 Tony Rinaudo had been planting trees in Niger for more than two years, only to watch most of the saplings wither and die or be chopped down. That failure weighed on the gung-ho young Australian, who had come to Africa in the early 80s on a mission to reduce drought and famine through reforestation.

“I could have easily given up at that time, because I wanted to get on with my life,” Rinaudo said of that period nearly 35 years ago. “It just seemed a waste of time and money.” Instead, Rinaudo sent up a prayer, “Lord, show me what to do.”

What Rinaudo calls his “revelation” came not long after, when he was driving a truck laden with trees across the barren landscape. He had stopped to let some air out of the tires to improve traction in the sandy soil, and his eye was drawn to bushes scattered across the desert. He walked over to one and recognized the distinctive, camel-hoofed shape of the leaves. It wasn’t a bush at all. It was a common tree across Sub-Saharan Africa called Piliostigma reticulatum, or Kalgo in the local Hausa language.

“It was a light bulb moment,” Rinaudo said. The few large trees on the landscape were the same as those bushes, and those bushes were everywhere. “We don’t have to coerce, cajole, force people to plant trees,” he realized. “We just have to convince them that it’s in their best interest to leave a few of these.”

Since that moment, Rinaudo’s mission has been to train, support, and encourage farmers across Africa and Asia to regenerate “underground forests” — the roots, seeds, and stumps that will turn into trees with a little pruning if allowed to grow.

Learning and benchmarking are key steps towards becoming an impact giver. If you are interested in giving with impact on Environment (Other) take a look at these selections from Giving Compass.