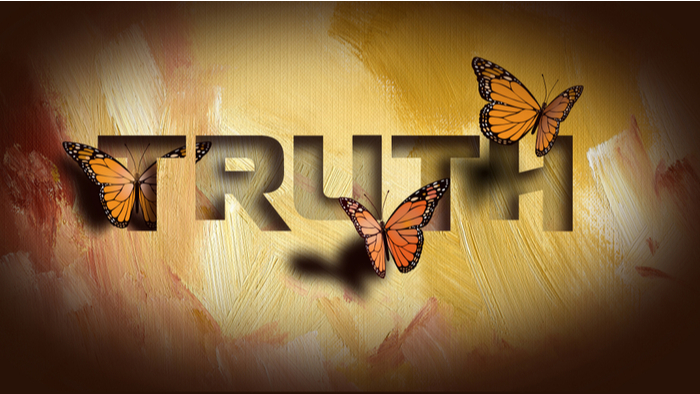 • David R. M. Beck explains what will be needed in order for Indigenous communities in the United States heal from the trauma inflicted by government-run Boarding Schools.

• What role can you play in supporting healing?

• Read more about the history of U.S. Indigenous boarding schools.

The bill’s purposes include both truth-seeking and healing. It asks “to formally investigate and document,” the impact of the trauma that resulted from Indian boarding school policies – a trauma that has been passed down through the generations in Native communities. It also urged federal support to heal “cultural and linguistic” destruction to tribal communities carried out by the federal, state and local governments.

Outside of Indian Country, the lasting legacy of boarding school policies has been largely ignored in the United States. As a historian of federal “Indian policy” in the 19th and 20th centuries, I study the ways that the U.S. federal government has tried to force American Indians to abandon their cultural heritage and the ways in which tribal communities have tried to remedy the damage.

One thing that I have learned is that in order for healing to occur, it is necessary to acknowledge the horrific history and impacts of boarding schools on both American Indian individuals and communities. Knowing the past and healing from it have begun, but both are far from being complete.

These boarding schools were run by the federal government, or by churches using federal money. From the 1870s, when the first schools began operation, into the 1960s, hundreds of thousands of children are estimated to have been taken away from their families and put into boarding schools, sometimes thousands of miles from their homes. They were forced to learn English and practice Christianity in these schools, and were severely punished for not doing so.

The United States Congress and the Department of the Interior were responsible for establishing and supporting the schools across the country. The schools represent a particularly insidious method of attempting forced assimilation because they involved the removal of children, sometimes by kidnapping, from their families and communities.

Children suffered homesickness and were ravaged by diseases. Many were physically and sexually abused and hundreds died.

Children as young as four – who had been separated from their families and community – were punished for speaking their home languages at the schools. When they returned home, sometimes after many years, they would be unable to converse with their elders, or participate in traditional religious ceremonies since they did not speak the language. These ceremonial activities were also banned by federal policy as part of the broader assimilation project.

The U.S. government has neither sought reconciliation nor provided reparations for the harms caused by the boarding school policy. On the heels of the discovery of mass graves at residential schools in Canada this past summer, Secretary of the Interior Deb Haaland, the first Native American in that job, vowed to take action in the U.S. She said that “only by acknowledging the past can we work toward a future that we’re all proud to embrace.”

The bill to establish an American Indian boarding school truth and healing commission was originally introduced in 2020 by then U.S. Rep. Haaland and Sen. Elizabeth Warren. For now, the Department of the Interior has announced a Federal Indian Boarding School Initiative, which, it says, will be “a comprehensive review of the troubled legacy of federal boarding school policies.”

The big picture question in both of these initiatives is, what does acknowledging the past and embracing the future look like?

Historians have been working for the past quarter century to broaden understanding of the impact of boarding schools on Indigenous communities. For example, scholar Brenda Child has written about the experiences of families in her own Red Lake Ojibwe community in Minnesota.

In her nuanced historical record, Child documents that even when children were not kidnapped and sent to boarding schools, their families faced heart-breaking decisions about their children. By the late 19th century federal policies had destroyed tribal economies. Many Native people lived in dire poverty. Parents might send their children away, for example, to avoid starvation at home.

Native children tried to survive the boarding school experience, and, when they could, to challenge its restrictions. Wade Davies, a University of Montana Native American Studies professor, in his award winning book “Native Hoops”, gives one example of this.

He tells the history of basketball as a key Native pastime in Indian boarding schools. Students reshaped the sport in ways reflective of the fast-paced way it is now played. They used it as an escape from misery and as a way to travel outside of school grounds. They developed lifelong friendships and relationships that they could later use to protect their home communities.

This is an example of what Anishinaabe writer Gerald Vizenor termed “survivance,” or going beyond survival to create healthy, self-directed futures for individuals and communities.

In order to understand survivance, scholars have worked to broaden the understanding of the impacts of boarding schools on Native communities and families. At the same time, Indigenous people have worked locally and nationally to bring about healing.

The most effective methods of healing for survivors of boarding schools or their descendants are developing within Indigenous communities themselves. The National Native American Boarding School Healing Coalition, a Native-run nonprofit in Minneapolis, is in the process of creating a digital archive as a way of identifying all of the U.S. boarding schools. This easier access to the schools’ records will provide a way for survivors and their family members to better understand their own history.

The coalition is also focused on healing. It works with legislatures and communities to find ways to help survivors heal from the traumas inflicted on them. The organization works to make policymakers accountable to Native community needs. And it works directly in communities to promote healthy recovery.

Other efforts are being made to undo the damages that the boarding schools inflicted on Indigenous communities in the United States, on both local and national levels. Native religious practitioners, for example, are revitalizing traditional ceremonial practices. The National Coalition of Native American Language Schools and Programs supports local efforts to revitalize Indigenous languages and works with U.S. federal and state officials to develop policy and law to address the language loss issues.

These issues have been of key importance among Indigenous communities for some 150 years. Following the recent wrenching headlines about residential school graves in Canada, people outside of Indian country are beginning to recognize the importance of addressing the legacy of American Indian boarding schools.

But, to be able to do so effectively, both acknowledging the history of those schools, and support for Native community efforts to heal from it, will be crucial.