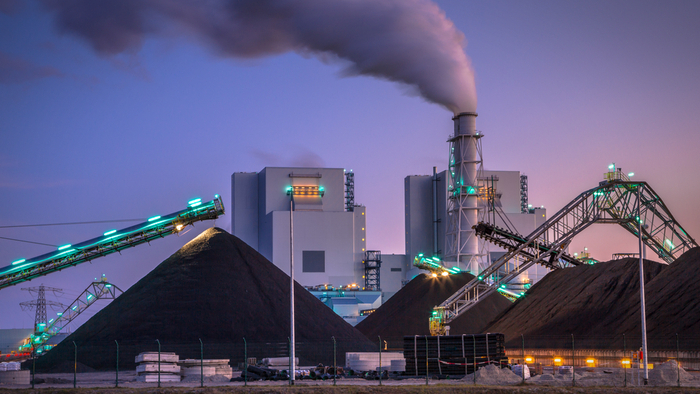 • Nicholas Kusnetz explains that U.S. emissions dropped in 2019 thanks to a shift away from coal as a source of power.

• How can this progress be maintained and advanced in 2020 and beyond? How can funders work to ensure that communities impacted by the shift survive and recover?

• Learn about the risk of financial collapse in coal communities.

The story of the emissions decline has largely been one of market forces—rather than policies—that have made utilities close coal plants in favor of cheaper natural gas and renewable energy. But this shift to lower-carbon energy has been restricted to the electricity sector, and the nation’s emissions cuts are still not on track to meet the targets it agreed to under the Paris climate accord.

In order to meet those goals, experts say, federal policies will likely need to target other sectors that collectively make up a majority of U.S. emissions.

Overall, U.S. greenhouse gas emissions fell about 2 percent in 2019, according to preliminary estimates by Rhodium Group, an economic analysis firm. The previous year, strong economic growth and other factors had pushed emissions up roughly 3 percent.

The 2019 drop was driven by a nearly 10 percent fall in emissions from the power sector, the biggest decline in decades, according to Rhodium.

And the story there is all about coal.

Coal generation in the U.S. fell by 18 percent last year, the largest annual decline on record, according to Rhodium. Another study, published in December, found a smaller but still dramatic drop for coal generation last year.

Renewable power sources such as wind and solar have seen sharp increases in recent years as their costs of generation have fallen below that of coal. But natural gas has replaced far more coal generation capacity than renewables.

Read the full article about U.S. emissions by Nicholas Kusnetz at InsideClimate News.