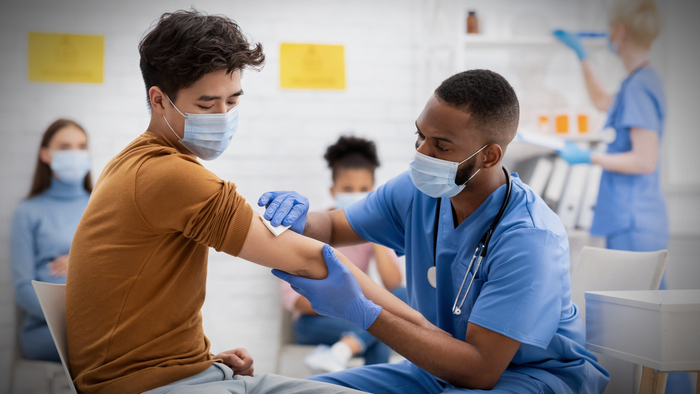 Within a year of the first reported case of COVID-19, the Pfizer-BioNTech vaccine became the first fully-tested immunization to be approved for emergency use against the deadly virus.

The lightning-speed development and approval of the vaccine was an extraordinary success in global health, and was received internationally with a sigh of relief.

But the approval of a safe and effective vaccine is only the first step to ending the pandemic. The next is to produce enough to vaccinate the majority of the world’s population, and to then distribute and administer those doses in an orderly and efficient manner.

The big question is, especially as supply remains limited, who gets the vaccine and when?

This is where the concept of “vaccine equity” comes in. How do we ensure that the vaccine is distributed fairly to different populations, and that people of different means and backgrounds are able to access it when the time comes?

“We can all agree that everyone should have a right to health, regardless of their socioeconomic status, their background, or the kind of passport they hold,” Dr. Yvonne Commodore-Mensah, assistant professor at John Hopkins Schools of Nursing and Public Health, told Global Citizen. “But because of the disparity in economic resources, the playing field is not level in terms of resources to acquire the vaccine.”

While the United States has purchased 1.2 billion doses of COVID-19 vaccines, enough to give each person more than three doses, the entire African Union has ordered just 270 million, which amounts to one shot per person for 20% of its entire population, the Guardian reported.

World Health Organization (WHO) Director-General Dr. Tedros Adhanom Ghebreyesus has warned that the mentality of vaccine nationalism — where countries push to get first access — puts the world on the brink of “catastrophic moral failure.”

Read the full article about vaccine equity by Kristine Liao at Global Citizen.

Interested in learning more about COVID-19? Other readers at Giving Compass found the following articles helpful for impact giving related to COVID-19.