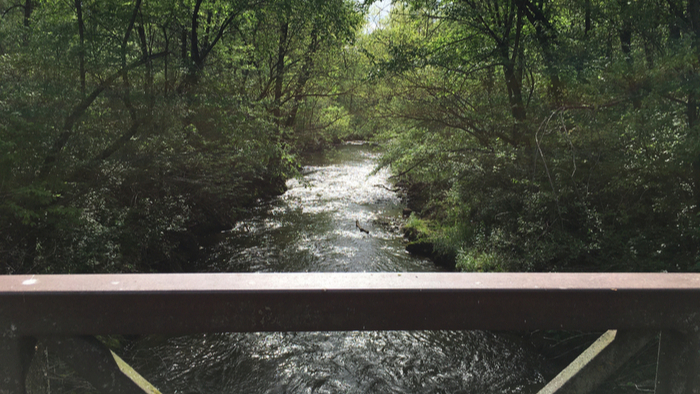 • Sarah Dees explains the importance of changing derogatory names of landmarks and discusses places where appropriate shifts are being made.

• How can you advance shifts in language that are culturally sensitive and appropriate?

• Read about barriers to the removal of controversial monuments.

A creek running through the city of Ames in central Iowa was officially renamed from Squaw Creek to Ioway Creek in February 2021, after a yearlong process that involved local and federal agencies. The previous name is now considered an offensive reference to Native American women. The creek’s new name honors the original Indigenous inhabitants of the area, the Ioway or Baxoje nation.

(I have used the full earlier name of the creek, only this one time, for clarity. Later in the piece I will refer to it as “sq—w,” to emphasize that it is a slur.)

The City Council of Ames had voted unanimously in January 2020 to change the name. Its decision affirmed a similar vote earlier that month by the Story County Board of Supervisors. These votes were in response to a petition filed by an Ames resident, which itself was preceded by long-standing interest from Native American students in initiating a change.

As a scholar of American and Indigenous history, I have studied representations of Native American cultures in American public history and memory. While seemingly a minor local issue affecting residents of a few counties in Iowa, the renaming of Ioway Creek is part of a larger trend throughout the Midwest and the country.

This trend involves changing Native-inspired place names from slurs or markers of Euro-American conquest to names that reflect Indigenous languages, histories and mapmaking.

One example of this occurred in 2016 in the Black Hills of South Dakota, an area with religious and political significance to the Lakota and other Native nations. Harney Peak – named after a U.S. general infamous for killing Native Americans – was renamed Black Elk Peak, honoring a revered Lakota leader.

A similar change occurred in Minnesota, home to Dakota and Anishinaabe communities. The largest lake in Minneapolis had been named after John C. Calhoun, the Southern politician who supported slavery and the dispossession of Native Americans from their homelands in the South through the 1830 Indian Removal Act. The Minnesota Supreme Court affirmed in 2020 that the Department of Natural Resources had the authority to rename the lake Bde Maka Ska, meaning “White Earth Lake” in Dakota.

Media studies scholar Debra Merskin has studied the use and effects of the term “sq—w” in literature and public discourse. She argues that language is never neutral, and that the derogatory term evokes stereotypes of Native women as servile – confined to a life of drudgery and sexual favors.

This is especially important considering what some activists describe as an epidemic of violence against Native American women. They are 2.5 times more likely than members of any other ethnic group to experience intimate partner violence. As documented by legal scholar Sarah Deer, a citizen of the Muscogee (Creek) Nation, this is due in part to jurisdictional issues that limit the prosecution of non-Native men who assault Native American women on reservations.

Native American women also face higher rates of murder, prompting the creation of a federal unit to address the issue.

Some opponents to the Ioway Creek name change have pointed out that the term “sq—w” originally was not offensive. Historical sources support this point. The 1910 Handbook of American Indians North of Mexico, published by the Smithsonian Institution, contains an entry for “sq—w.”

According to this entry, it was derived from a term used by the Narragansetts, whose original homelands are on the Eastern Seaboard, to refer to “an Indian woman.” This source notes that Euro-Americans picked up the term from the Narragansetts and spread it beyond its original context – which is not uncommon when different linguistic groups come into contact.

However, the original meaning of words can shift over time, and “sq—w” has developed derogatory connotations since the mid-20th century. In its notes on usage, the Oxford American Dictionary explains that “the word cannot now be used in any sense without being offensive.”

In 2015, the now-defunct news site Vocativ conducted a study of place names that include racial slurs and found that those containing “sq—w” were the most pervasive.

This particular slur has engendered multiple name changes throughout the U.S. in recent years — among them a ski resort in California, a lake in Wisconsin, a road in Pennsylvania and a mountain peak in Massachusetts.

The U.S. Board of Geographic Names, or BGN, holds a long-established authority over geographic place names in the U.S. It considers changes for names that are derogatory or offensive and does not approve any new place names that fall into those categories.

In 1963, the BGN decided that any place names containing the derogatory slur used to refer to African Americans would be changed. It made a similar decision for the slur referring to Japanese people in 1974.

All other offensive terms must go through the process followed in Ames: An individual submits an official request that the BGN then considers, with input from local entities.

A collective of geoscientists is currently advocating for a more proactive process for updating racist names. The Reconciliation in Place Names Act, introduced in 2020 by then-U.S. Rep. Debra Haaland, would require the BGN to identify and change racist place names instead of waiting for individual proposals.

While the BGN is the official federal clearinghouse and arbiter of name changes, it does rely on input from civic, county, state and tribal governments. Many states have their own advisory committees that respond to requests received by the BGN. When deliberating the Ioway Creek name change, officials in Ames and Story County consulted with tribal historic preservation officers, local experts and residents. This reflects a growing trend of collaboration and consultation among civic and state governments with tribal nations.

Ultimately, the goal of this process is not to erase history. Rather, it’s to include a fuller representation of stakeholders in deliberations about the significance of sites with shared – and sometimes conflicting – cultural significance.