Utah Cities Are Leading the U.S. Towards Renewable Energy 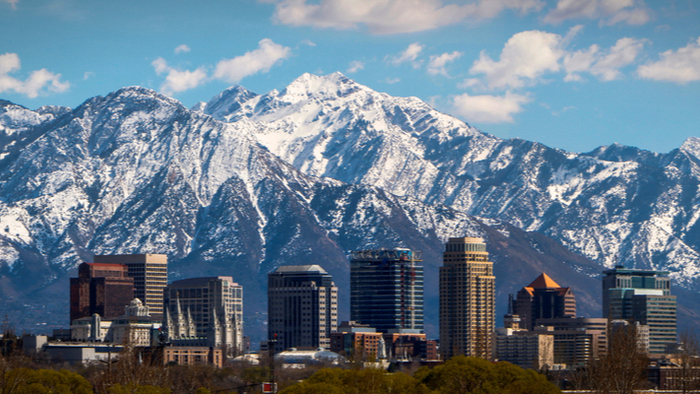 In the absence of federal action on climate change in the United States, local communities have taken on the responsibility of reducing their greenhouse emissions.

In Utah, 23 cities and counties have resolved to adopt 100 percent net-renewable electricity by 2030, representing about 37 percent of Utah’s electricity load.

How did a politically conservative, coal-dependent state such as Utah achieve such a commitment? We recently published a study in the journal Sustainability exploring how it began with Salt Lake City, Park City and Moab. Through interviews with the key players involved and secondary sources, our research uncovered the initial key obstacles facing the cities’ renewable electricity goals and the strategies they have initiated to resolve them.

The biggest hurdle was convincing Rocky Mountain Power, their existing fossil-fuel-dependent utility monopoly, to develop and provide the communities with sufficient clean, renewable electricity resources — not renewable energy credits or supplies from existing sources — and to retire fossil-fuel assets. The other significant challenge was securing buy-in from all city residents and businesses to accept 100 percent net-renewable energy, especially given that the costs for the transition were unknown.

We found that the cities collaborated with each other, each playing different roles to bring Rocky Mountain Power to the table. Salt Lake City Mayor Jackie Biskupski initiated talks with the utility, and with the help of State Representative Stephen Handy, negotiations resulted in landmark legislation, the Community Renewable Energy Act (CREA) of 2019, which authorized the utility to procure renewable electricity resources and create a renewable electricity bulk-purchase program for participating cities.

The Utah experiences profiled in our research provide insights about the hurdles facing the implementation of 100 percent net-renewable electricity and the strategies cities are using to engage them that may help other communities chart their own paths toward a cleaner future.

Read the full article about Utah cities aiming for renewable energy at GreenBiz.