What Has Changed Since the Parkland Shooting? 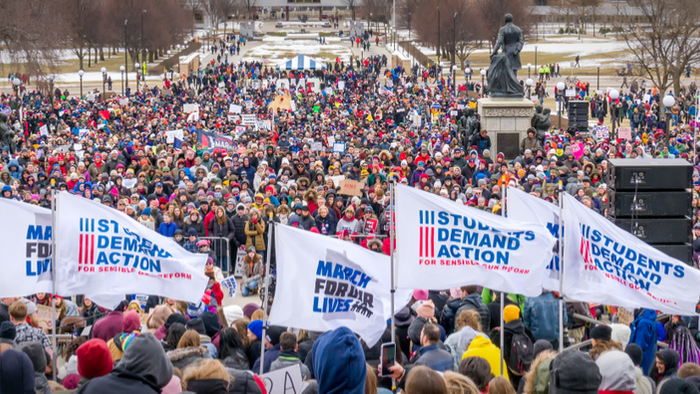 • Jessica Campisi unpacks the changes that were made in the first year after the Parkland shooting, which brought school safety and gun violence to the fore of American conversation.

• How can funders work to build on the progress that was made in the first year? Were any of these changes regressive?

About a month after Parkland, Congress passed the STOP School Violence Act of 2018, which moved to fund safety training for schools, students and local law enforcement; anonymous reporting systems to disclose threats; and threat assessment and crisis intervention teams.

In December, the Trump administration issued a regulation to ban bump stocks, which make it easier to fire rounds from a semi-automatic weapon.

Gun control and school safety policy didn’t just stem from the nation’s capital. The Giffords Law Center to Prevent Gun Violence tracked 1,638 firearm bills in 2018, with 67 gun safety laws enacted across 26 states and the District of Columbia. (All the information in this section was compiled by the Giffords Law Center.)

Read the full article about what has changed since the Parkland shooting by Jessica Campisi at Education Dive.