Why Indians are Protesting the Citizenship Law 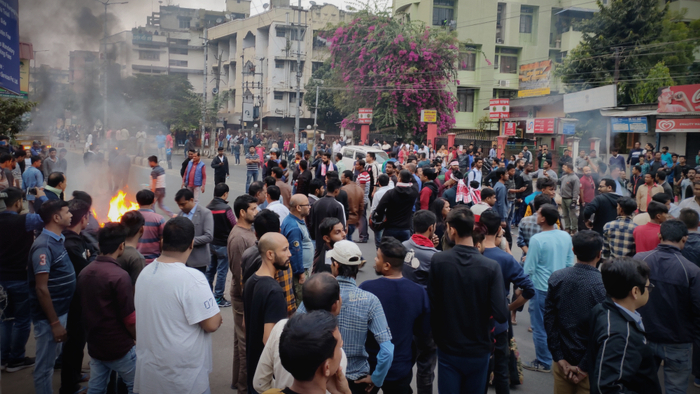 • Here are three reasons why Indians are protesting the new and controversial citizenship law passed in India.

It has been a week of violent protests across India over a controversial “anti-Muslim” citizenship law, which critics say violates the country’s secular constitution.

The law passed last week aims to grant citizenship to “persecuted” Hindus, Parsis, Sikhs, Buddhists, Jains and Christians – and not Muslims – who arrived in India before December 31, 2014, from Bangladesh, Pakistan or Afghanistan.

The opposition parties argue the law is discriminatory – even the United Nations has said so – and singles out nearly 15 percent Muslim minority among India’s 1.3 billion people.

Although the law has triggered protests across the country, the protesters have different reasons to take to the streets. Here are the three main reasons:

Read the full article about why Indians are protesting the citizenship law at Aljazeera.