Why Indigenous Victorians Are at a Higher Risk for Suicide 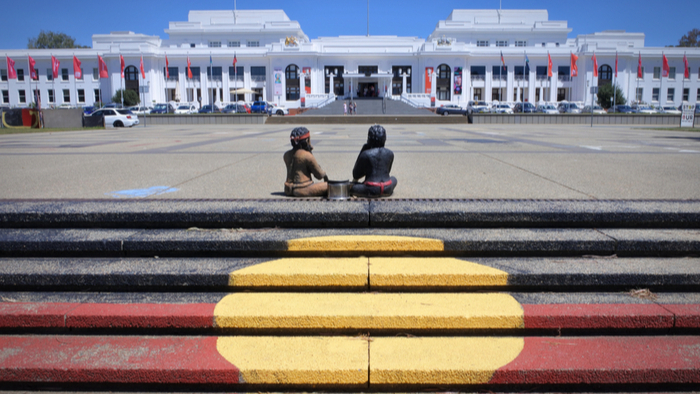 • Madeleine Keck describes how a forced loss of cultural identity has put Indigenous Victorians at a much higher risk of suicide than the non-Indigenous population.

• Learn about how COVID-19 is adding to an already immense strain on Indigenous populations.

The rate of Indigenous Victorians who have died by suicide in the past decade is double that of the state’s non-Indigenous population, according to the Australian Associated Press.

The report noted two-thirds of Aboriginal or Torres Strait Islander individuals experienced abuse before their death, a fourth were victims of bullying and 82% experienced substance use or misuse — all significantly higher figures than for non-Indigenous people.

Jill Gallagher, the chief executive of Victorian Aboriginal Community Controlled Health Organisations, has demanded an independent inquiry into Aboriginal suicide in the state and for the government to immediately commence talks with the Indigenous health sector to discuss solutions.

“Improving clinical services and responses remains critical, but our responses must go much deeper,” Gallagher told SBS. “We know that Aboriginal youth suicide especially is not solely a mental health issue — it is an outcome of complex, interrelated factors that are rooted in intergenerational trauma.”

The Victorian Aboriginal Community Services Association claim the prevalence of mental illness among Victoria’s Indigenous peoples, and Indigenous peoples around the country, is linked to loss of culture, identity and land as well as poverty and racism.

Read the full article about Indigenous Victorians by Madeleine Keck at Global Citizen.

If you are feeling suicidal, please get help: Call the National Suicide Prevention Lifeline, or use their text or chat line. 1-800-273-TALK (8255) or https://suicidepreventionlifeline.org/chat/.

If you are looking for opportunities to learn and connect with others interested in the topic of Global Health, take a look at these events, galas, conferences and volunteering opportunities aggregated by Giving Compass.

If you are looking for opportunities to take action and give money to Global Health, here are some Giving Funds, Charitable Organizations and Projects aggregated by Giving Compass where you can take immediate action.