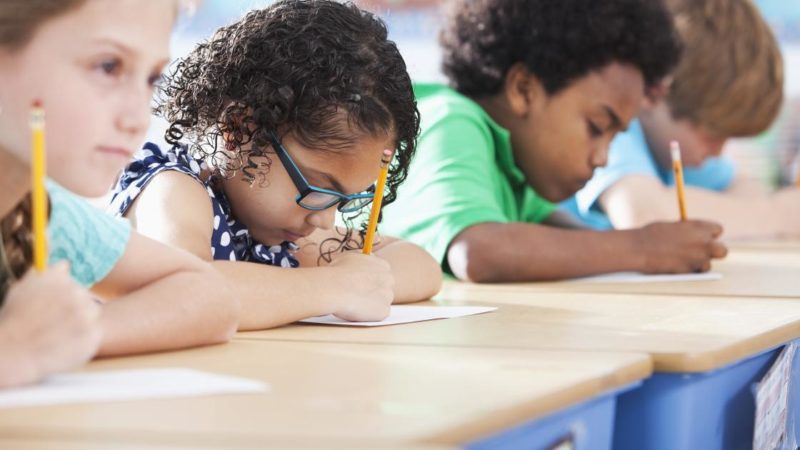 • Research shows that students in the DC Opportunity Scholarship voucher program have lower scores for math and reading in standardized testing, but a higher graduation rate than students not enrolled in the scholarship program.

• Does this research undermine the value of standardized testing? Should schools start to back away from using testing as a standard of achievement and toward solely measuring education gaps? Does this pattern arise in other voucher programs?

• Read more about the effects of school choice on neighborhoods and what it means for integrated schooling.

K-12 education in the nation’s capital has struggled for decades. Yet since 2003, the D.C. Opportunity Scholarship Program–a voucher program open to low-income children in the District of Columbia–has been a bright spot for educational opportunity.

But a new report released by the Institute of Education Sciences at the U.S. Department of Education, released Tuesday, found that students who participate in the D.C. scholarship program had worse math scores after two years than a control group of students who applied for a scholarship but did not receive one.

However, an experimental evaluation of the scholarship program found that participating students graduated at a rate 21 percentage points higher than their peers who applied for, but did not receive, a scholarship. That is, the impact of voucher use in the program resulted in a 91 percent graduation rate compared to 70 percent in the control group.

So, while the D.C. Opportunity Scholarship Program might not be having an immediate positive effect on the standardized test scores prized by researchers and policy bean counters, it is having a potentially more meaningful, long-term impact on participants’ academic attainment and future life outcomes.

It is notable, then, that the D.C. Opportunity Scholarship Program had a considerable impact on parent and student perceptions of school safety. The new evaluation found a 19.5 percentage point difference between parents of scholarship users and the control group in their perception of their school as being very safe–a statistically significant difference.