Why Some Coral Habitats are Expanding Due to Rising Temperatures 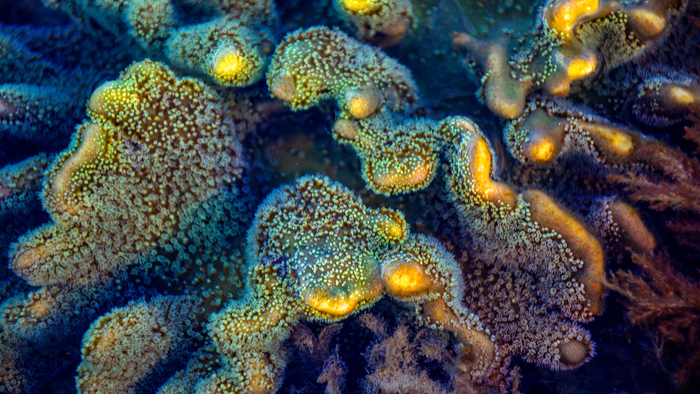 • Pacific Standard discusses new research showing some parts of the world, coral communities are growing and in fact taking over other species habitats.

• What can philanthropists and conservationists do with information like this? How will the effect food systems in Japan and the Mediterranean?

• Here’s an article showing the negative effects of climate warming for our planet’s coral.

Ocean temperatures have risen an average of 0.13 degrees Fahrenheit per decade, threatening many of the world’s coral reefs. Mass bleaching events—caused when corals become thermally stressed and expel the symbiotic algae that give corals their vibrant colors—are becoming more frequent and more severe. A 2016 bleaching event, for example, damaged 94 percent of the coral on the Great Barrier Reef.

New research, however, indicates that not all hope is lost for the world’s corals. Researchers found that, in some spots, like off the coast of Japan and in the Mediterranean Sea, corals can overtake other species, including seaweed, to establish new habitats. But, at what cost?

Previous research predicted that rising ocean temperatures due to climate change would cause a shift from corals to seaweed in coastal ecosystems. As corals degrade from disturbances such as mass bleaching events, seaweed can enter the habitat and use coral skeletons as substrate to live on. But recent fieldwork suggests that the opposite may be happening: some coastal habitats are beginning to shift from seaweed to corals.

If you are ready to take action and invest in causes for Animal Welfare, check out these Giving Funds, Charitable Organizations and Projects related to Animal Welfare.