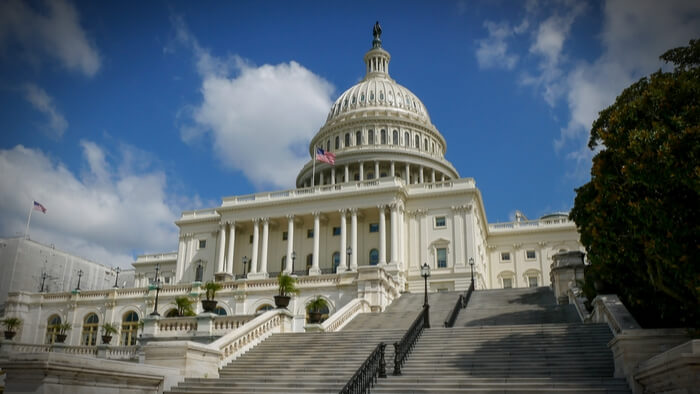 • Because executive orders and agency rules are subject to the whims of each new administration, and because local action pushes greenhouse gas production into less progressive states, the climate challenge requires congressional action.

• How can bipartisan legislation garner sufficient support for a climate action plan? Why have recent attempts to advance a climate agenda through congress been blocked?

• Learn how the clean power plan could be executed without federal help.

Environmental federalism is generally a good idea, but there are at least four problems with this strategy as it pertains to significant greenhouse gas emissions reductions in the United States.

First, concern over competitiveness inherently limits ambition in the states. This concern applies to federal policy as well, but capital is even more mobile across states than across national borders. Additionally, states have limited tools to protect energy-intensive industries. A low carbon price in the power sector is one thing; a higher economy-wide carbon price that covers industrial facilities and transportation fuels is quite another. Few states will want to do that unilaterally.

Second, state action has been crucial to continuing emissions reductions and engagement in the climate process, but there is no substitute for federal U.S. leadership on climate.

Third, to reduce U.S. emissions significantly, we need action in the climate-skeptical states, where an increasing share of emissions will occur. Without action in the industrial Midwest and the fossil-fuel producing states, we are not really doing the job. Achieving that goal will require federal tools to compensate potential losers in climate policies, such as coal-reliant communities.

Fourth, the most cost-effective and significant avenue for emissions reductions is through fuel switching in the electricity grid, but state and local governments do not control the grid.

Read the full article about congressional action on climate change by Adele Morris and Samantha Gross at Brookings.