Why the ‘Marshmallow Test’ Was Flawed and Why it Matters 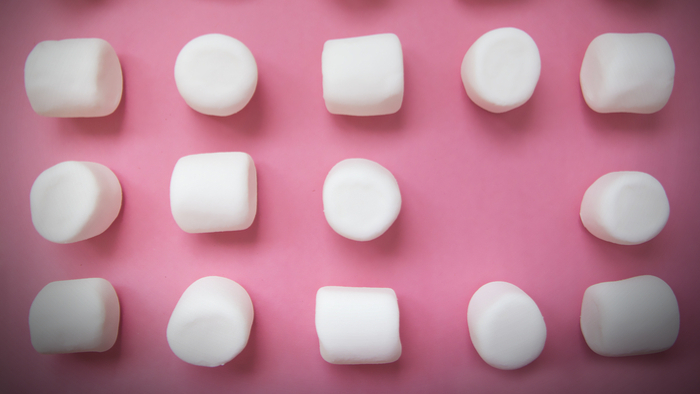 • A new study on self-control among children recreated the famous Stanford ‘marshmallow test’ with a diverse group of children and found that social factors were much more important for children’s success than the test.

In the early 1970s the soft, sticky treat was the basis for a groundbreaking series of psychology experiments on more than 600 kids, which is now known as the marshmallow study.

It worked like this: Stanford researchers presented preschoolers with a sugary or salty snack. Then, the children were told they’d get an additional reward if they could wait 15 or 20 minutes before eating their snack. If they held off, they would get two yummy treats instead of one.

Researchers then traced some of the young study participants through high school and into adulthood. They discovered that a kid’s ability to resist the immediate gratification of a marshmallow tended to correlate with beneficial outcomes later.

For a new study published last week in the journal Psychological Science, researchers assembled data on a racially and economically diverse group of more than 900 four-year-olds from across the US. The data came from a nationwide survey that gave kindergartners a seven-minute long version of the marshmallow test in 1998 and 1999.

The original studies at Stanford only included kids who went to preschool on the university campus, which limited the pool of participants to the offspring of professors and graduate students.

They took into account socio-economic variables like whether a child’s mother graduated from college, and also looked at how well the kids’ memory, problem solving, and verbal communication skills were developing at age two.

They found that when all of those early childhood measures were equal, a young kid’s ability to wait to eat a marshmallow had almost no effect on their future success in school or life.

Read the full article about the ‘marshmallow test’ by Hilary Brueck at Business Insider.

Learning with others and benchmarking are key steps towards becoming an impact giver. If you are interested in giving with impact for Early Childhood Education, take a look at these events, galas, conferences and volunteering opportunities to connect with individuals like you.

If you are interested in Early Childhood Education, please see these relevant Issue Funds, Charitable Organizations or Projects where you can get involved.