Women Are Constantly Bearing the Burden of Climate Change 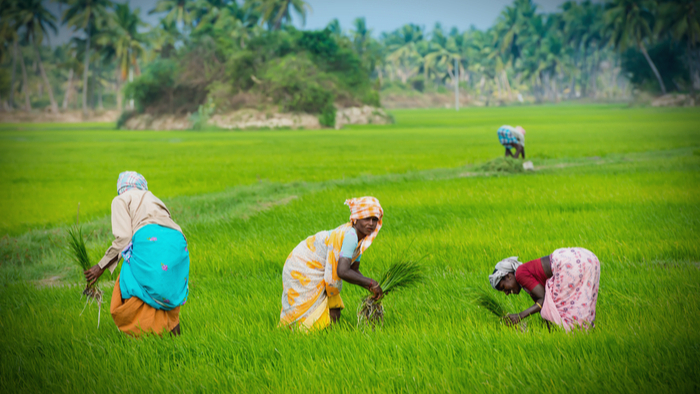 • In Asia and Africa, climate change is causing men to abandon their farms in search of a better job and more economic stability, leaving many women to take care of the house and family.

• Studies show that the trend of male migration leaves women and girls to experience more suffering due to climate change, and little to no long-term solutions. How can local organizations and governments work to provide support for women in need?

• Learn more about how women experience climate change in other countries.

As climate change drives men in Asia and Africa to abandon their farms and search for jobs further afield, women back home are getting little help to cope with harsher working conditions, putting their wellbeing at risk, researchers said on Monday.

A report from Britain’s University of East Anglia (UEA) said the burden on women is increasing as they are left to take care of their children and land, while men who leave cannot provide consistent support.

“Male migration has been seen as an adaptation strategy for climate change – but from a gender perspective, it is not helping in household maintenance and survival,” said UEA professor Nitya Rao, the report’s lead author.

“The labour market is unequal (for) women. For instance, in East Africa, women have to go for more risky work… They are getting into drug-smuggling or casual sex work. That’s the only way they can survive,” she told the Thomson Reuters Foundation.

The study’s findings chime with the views of many aid agencies and disaster experts, who say women and girls are suffering disproportionately from the effects of climate change.

Men, meanwhile, are leaving home more often to seek work as weather patterns have become increasingly erratic in the past decade, making it harder to earn a living from the land – but moving may not solve the problem, Rao said.

“The labour market is not always open for these poor workers and they don’t get jobs on a regular basis,” she added.

The lack of state and private support systems for families has led women to neglect their health and nutrition, said the report, which assessed 25 case studies from regions prone to climate-linked disasters in Asia and Africa.