Make An Impact on the Refugee Crisis With These Action Items 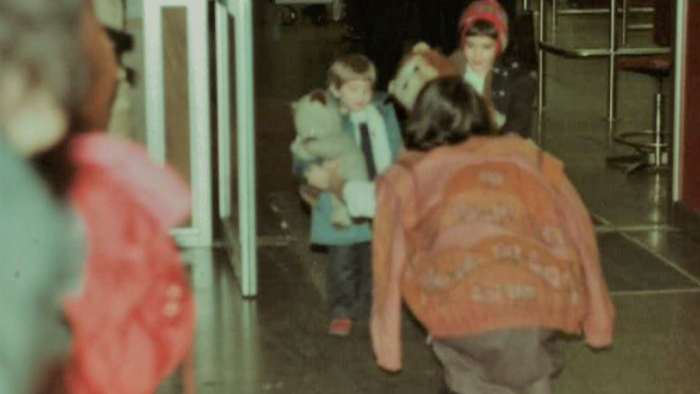 [Photo: The author and her sister reunited with their mother at John F. Kennedy International Airport in December 1983]

I never considered myself a “refugee.”

Growing up on Long Island, when I thought of a “refugee,” I thought of either the Haitian “boat people”– a nightly news anchor’s go-to topic back in the 90s – or of my Persian neighbors who fled Iran during that country’s revolution. It’s only been the past couple years that I’ve proudly claimed my identity as a refugee. The reasons are twofold: because of today’s historic refugee crisis and because of the Trump administration’s crackdown on immigrants entering the U.S. I’m stepping up to speak up on behalf of my fellow refugees who don’t yet have the opportunity to share their remarkable stories. And I’m speaking up to offer solutions; together, we in the philanthropic community have the power to change things.

My mom fled the communist dictatorship of Romania in March 1982 in order to give my sister and I the chance at a better life; one that that didn’t involve midnight raids, informant “friends,” and arbitrary detention. I was still a toddler and my sister had just celebrated her first birthday when my mom escaped Romania.

No person – let alone a devoted mother – willingly chooses to leave their kids, their home, and their country for the mere hope of a better life. But that’s what millions of people must do every single year.

In fact, an unprecedented 68 million people are displaced from their homes right now. And many don’t have the inherent privileges my mom has as a white, highly-educated, able-bodied woman who came from an upper-middle class, tightly-knit family. I also know that mine is one of millions of stories (told and untold); stories of immigrants and refugees who have fled their homelands, but have built community and belonging in a new place, contributing to the economy and social fabric. Finally, I know that if it can happen to someone like my mom, it can happen to you.

So, how can we ensure refugees receive the support they need to thrive?

First and foremost, we can invest. The most recent Peace and Security Funding Index shows us that only eight percent of all “peace and security” dollars – or $26.3 million annually – support refugees. To put this in perspective, that’s about what the Elton John movie “Rocketman” took in on its opening weekend and what Wayne State University approved for its new basketball stadium.

The tiny silver lining is that a little goes a long way: Though the median size grant reported is $26,200, even smaller amounts – channeled to high-impact nonprofits and in the form of “rapid response” support – make a big difference. The least funded strategy is probably the one that would have the greatest and fastest impact: Investing in leadership and professional development. In 2016, the latest year data is available, only two grants were awarded within this strategy. And yet, we know that nonprofit leaders that are immigrants are more frequently penalized by funders. Instead of our “wait and see” approach, let’s start proactively investing in immigrant leaders.

The big silver lining is that you are not alone: You can join peer funders interested in supporting refugees in the funder affinity group Grantmakers Concerned with Immigrants and Refugees (GCIR). Together, this group of funders pool resources, leverage investments for maximal impact, and catalyze learning. By connecting with GCIR staff or one of their 130 members (peer funders), you can learn about work in the U.S., or get more information about global efforts through the Peace and Security Funders Group.

Second, we can not invest. In addition to supporting positive change, we can stop supporting bad things. Ask your investment advisors about applying socially-responsible negative screens to your investment portfolio or joining proactive campaigns like the “Hate is Not Charitable Campaign.” This campaign brings together philanthropic leaders from nearly 100 entities – representing over $1 billion in assets – to call for donor advised funds to stop supporting hate groups.

Finally, we can – and need to – speak up. In the wise words of GCIR president Daranee Petsod, “It is time for us to dream again—and dream big. We cannot afford to focus solely on resisting our present reality at the expense of designing the future we wish for.” She goes on to share four initial steps that funders can take to shift their work. At its best, silence is complacency; at its worst, it is complicity. In addition to using our money, we can use our voice as a powerful tool to change minds – through conversations at a personal level and through advocacy efforts to drive systemic change (think: your representative in Congress and her power to change existing immigration laws). 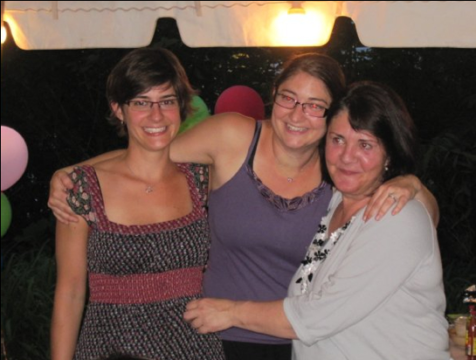 The author with her sister and mother in June 2010.

June 20 is World Refugee Day and also the 35th anniversary of when my mom arrived in America. Take a minute or two today to think about how you will contribute to changing one life or – better yet – a system.

Original contribution by Alexandra Toma, a refugee, the daughter of Rina Toma, and the Executive Director of the Peace and Security Funders Group.

If you are looking for opportunities to take action and give money to Immigrant Refugee, here are some Giving Funds, Charitable Organizations and Projects aggregated by Giving Compass where you can take immediate action.