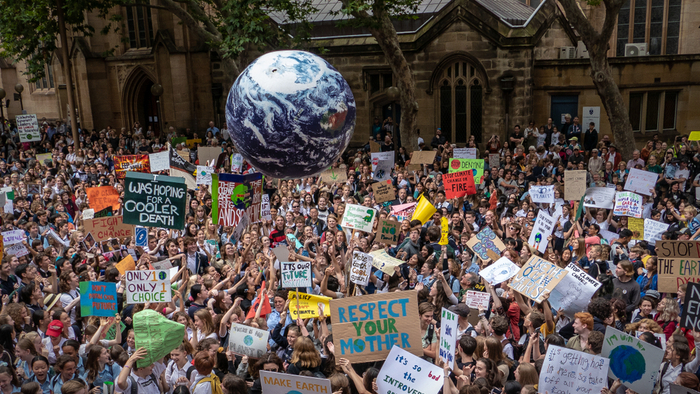 Little has escaped the flames and deadly smoke and smog which have claimed at least 24 million acres in Australia since September. It’s been one of the country’s most devastating fire seasons on record. Yet the damage we can see hardly scratches the surface.

Plumes of smoke have traveled around the globe, polluting habitat as far away as South America and covering New Zealand’s glaciers in ash. Wildlife has been hit hard. Nearly a billion animals are estimated to already have perished. Even as rains provide some relief, there is the very real risk of flash flood and ash polluting streams and destroying freshwater ecoystems.

Australia is but one country experiencing record-breaking fire seasons. In 2019, fires blazed throughout Europe, the United States, the Middle East, and Brazil. Record-high temperatures, exacerbated by climate change, fostered conditions that left millions and millions of acres ruined, destroying the biodiversity that will make it increasingly more challenging for humans to survive.

This latest disaster is telling us once again that we must take macro-level steps to mitigate and reverse climate change before it’s too late. As Greta Tunberg said in Davos, “Our house is still on fire.”

This is where philanthropy has an opportunity – and an obligation – to unlock the dollars that are sitting on the sidelines, and put them to work strategically. An asset class like no other, philanthropic capital is flexible enough to move quickly, yet endure long enough to achieve long-term results. And because philanthropists bring much more than financial resources to the table – for example, convening ability, time, and an unmatched level of visibility – they bring greater awareness, which can galvanize even more resources and most importantly, more action.

The changemaking potential of philanthropic capital has been realized in other realms – from global health, where we now have more women and children surviving today than ever before and the green revolution, which modernized agricultural production throughout the world. Long-term conservation philanthropy is poised to drive similar large-scale impact, and the need to do so becomes greater with each passing day.

At the Milken Institute Center for Strategic Philanthropy, we’ve advised donors who’ve dedicated their time, talents and resources to conservation causes. And we have found a few key strategies that make a major difference to those getting started.

It’s heartening to see the ways in which donors large and small come together to meet the needs following environmental disasters. But on a parallel track, high-impact philanthropists must also act for the long term. The research is there. Fellow collaborators are there. The funds are there. It’s long past time to think. It’s time to roll up our sleeves, and get the job done.