Crazy Rich Asians in an Age of Inequality

The Center for Effective Philanthropy Oct 22, 2018 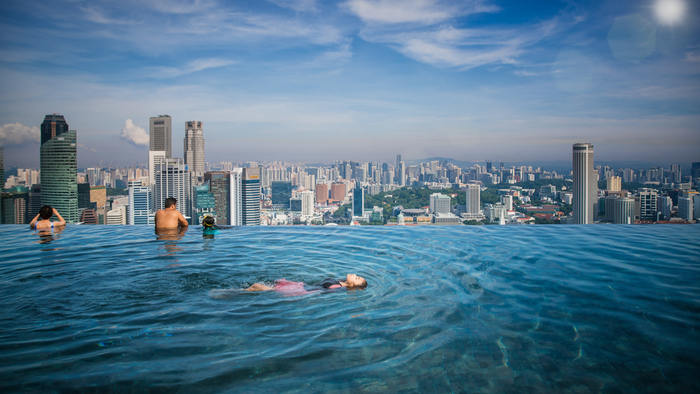 Like many, I flocked to see the romantic comedy film Crazy Rich Asians in August, drawn in by the previews of the cross-cultural love story written by author Kevin Kwan — and by the excitement of supporting a practically all-Asian international cast. Since its opening, the film has grossed over $169 million at box offices worldwide, making it the most successful romantic comedy of the past decade, not to mention its significance in advancing Asian representation in Hollywood.

As someone who lived in China for seven years earlier in my career and traveled extensively in the Asia-Pacific region, there was something comforting about seeing familiar and beloved city scenes and hearing the different Chinese dialects spoken on the big screen. Having worked in the philanthropic sector there, it was also striking to see glittering reminders of the enormous wealth among the relatively few. There are now more billionaires in Asia than in the North America1, and the rising economic tides of the last two decades have been both a boon, raising millions out of poverty, and a contributor to pervasive social and economic inequality.

Modern day Singapore, where the film is set, is a fascinating backdrop for the tensions that exist between differing socioeconomic and ethnic groups seeking to live in harmony. While Singapore is a multicultural and multiethnic global metropolis with four official languages (Malay, Mandarin, Tamil, and English), the Crazy Rich Asians cast is almost entirely East Asian or Eurasian, and the only parts in the film for Malay and Indian characters were service roles, like servants and doormen — a missed opportunity. While Singapore ranks near the top in the world in terms of GDP per capita, it has also ranked among the most unequal countries of high-income nations2. The conversation in Singapore about income and social inequality has been going on for many years, especially as it relates to government policies that attract global investment and high-earners, and in contrast, the economy’s heavy reliance on a large population of foreign and mostly low-income guest workers

In the U.S., as in Asia, there is growing awareness of the need to find solutions to pervasive inequality. In 2016, the Center for Effective Philanthropy (CEP), where I work, released a report titled The Future of Foundation Philanthropy: The CEO Perspective, which found that two-thirds of foundation CEOs interviewed for the study named wealth and inequality as the number one issue that will influence society in the coming decades.

The recent news from China of Alibaba’s founder and CEO Jack Ma departing the company to reportedly focus on his philanthropy will only add to the existing attention to the role that the ultra-wealthy in Asia will play in addressing inequality. I expect that the conversation should not just focus on the where and how of distributing earned wealth, but also address the systemic realities that allow some to disproportionately prosper while others in their communities flounder.

When I go to the movies, I don’t expect my favorite romantic comedies to also encapsulate complex social-political dynamics accurately. But my hope is that the power of the big screen can start a conversation about some difficult realities. And I hope that Asia’s crazy rich will be known globally not just for their lavish lifestyles, but also for their pursuit of justice and radical generosity.

Original contribution by Grace Nicolette, vice president of programming and external relations at CEP. Follow her on Twitter at @GraceNicolette.