Keeping the Faith and Closing the Distance

The Center for Effective Philanthropy Apr 11, 2019 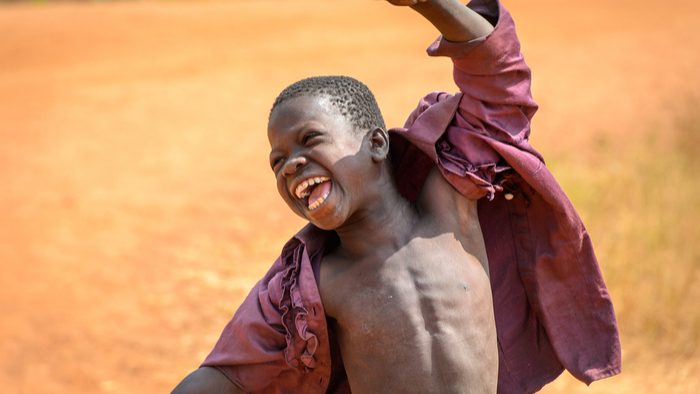 Jason Hackmann comes from the small, rural town of Winfield, Missouri. He describes his childhood as ordinary, growing up in a lower-middle-class family. He graduated from his small high school—his graduating class had just sixty-eight students—in the spring of 1995.

That’s also when his brother was killed by a drunk driver. The crushing loss of his brother fueled Hackmann’s ambition to be successful and to break free of the small-town life he’d grown up living. He built a successful career, eventually founding a life insurance agency in St. Louis that caters to wealthy clients. After his first child was born, in 2004, Hackmann began thinking about what really mattered to him. “It was at that time that I began my journey back to Christ,” he told me. His past giving, he confessed, had been made with “ulterior motives” related to his business interests.

It was on a vacation in Turks and Caicos in 2008 that his perspective changed. One day on the beach, Hackmann said to his wife, Jennifer, that he felt uninspired by the books he had brought on the trip. Jennifer pulled out a just-released book and suggested Hackmann read that. The book was called Jantsen’s Gift: A True Story of Grief, Rescue, and Grace, by Pam Cope. It chronicles the author’s story and the link between her loss of her 15-year-old son to an undiagnosed heart ailment and her desire to help others, particularly to do something about child slavery in Ghana.

Hackmann connected with her story, reading the book in a day, and decided he, too, wanted to do something about the issue.

“If my brother hadn’t died, and I hadn’t felt that pain, I wouldn’t have opened myself up to this work,” he told me. “I realized how God uses tragedies to help others and what the possible purpose of my brother’s death was.”

Four months later, Hackmann found himself taking a trip again. But this time he was in Ghana with Jennifer, leaving behind their three children, the oldest of whom was five. “Our friends thought we were crazy,” he said. Getting involved in this way changed Hackmann. “For the first time in my life, I wanted to do something, and I wanted nothing in return. I just wanted to help another human being,” he explained.

Hackmann would be in Ghana 10 times over the next three years, seeking to understand how to do something about the fact that children as young as three were being sold as slaves to Ghanaian fishermen. He spent time with and gave money to small, local nonprofits working to help affected children and spoke with many of those children himself. He couldn’t get out of his head the six-year-old he had met on his first trip who was a slave to a fisherman. Hackmann described the boy’s withdrawn, remote demeanor: “He had no smile.” The organization Hackmann was working with sent him a photo a year later of the same boy, now freed, smiling broadly.

“I realized that ‘giving is better than receiving,’” he said. “My mom always told me that, but I never believed it.”

Over time, Hackmann contributed more than $1 million to a large Christian nonprofit, the International Justice Mission, helping to persuade its leaders to seek to end childhood slavery in Ghana, which he believes is achievable by 2022 or 2023. Hackmann has devoted much of his energy to this and related efforts, even launching a charitable offering from his company and dedicating all the profits to the cause.

Getting close to a problem as searing and unfathomable as childhood slavery is emotionally taxing. But it also inspired Hackmann to do work that has given a new level of meaning to his life. Hackmann’s giving has helped children become free.

As with many Americans, Hackmann’s giving has been motivated by his religious beliefs, which have inspired him to get close to suffering and to try to do something about it. Others’ motivations come from very different sources, but they still strive to live up to a strong values system that informs their choices. It doesn’t really matter. Whatever impels givers to get close to those they seek to help and to open themselves up to the suffering of others, the result is better-informed and more effective giving.

“When you try to problem-solve from a distance you miss the details and the nuances of the problems, and your solutions don’t work very effectively,” said Bryan Stevenson, founder and executive director of the Equal Justice Initiative. He urges people who want to make a difference to “get proximate” to the people and problems they seek to address.

That’s what Jason Hackmann did. And, you can do it, too.

If you are interested in Philanthropy, please see these relevant Issue Funds, Charitable Organizations or Projects where you can get involved.