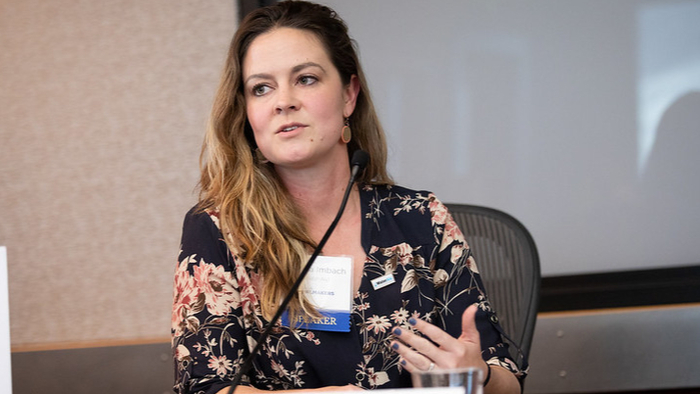 Last week, more than 370 “Goalmakers” convened in Seattle to share ideas and discuss progress and challenges related to the Sustainable Development Goals. A recurring theme surfaced throughout the day: How can global development practitioners and funders ensure that women and girls around the world are safe, thriving, and set up for success? Here is a glimpse at some of those conversations:

On gender-based violence
“75% of women and girls all over the world are not covered by any sort of regional treaty.”

On breaking the cycle of violence
“Listen to the community. When we were talking to women about empowerment [and] about agency, they said, “don’t talk to us, talk to the men.’”

On the role of funders
“When you invest in women to address violence in their community … you’re investing in the power of women.”

On learning from the community
“We need to listen and be prepared to challenge potential stereotypes.”

On menstrual equity
“[This issue] has the opportunity to be unique, agile, and a playground for innovation as long as we listen.”

On the interconnectedness of the SDGs
“Gender cuts across all the SDGs.”