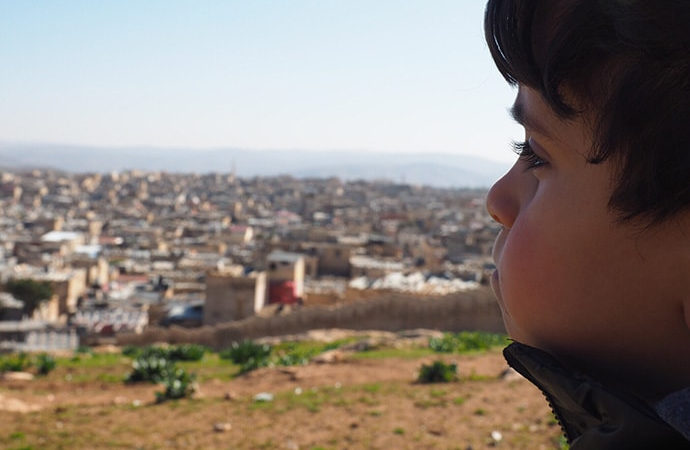 Imagine witnessing the destruction of your livelihood, your community, maybe even your very home, changes that force you and your family to have to leave and start over somewhere else. But when you try to look for help, it’s not there—because according to an official designation, your problems don’t merit international assistance.

June 20, World Refugee Day, is a day meant to call attention to the “unprecedented” crisis in rising global displacement levels. According to the most recent report from The Office of the United Nations High Commissioner for Refugees, (UNHCR), 68.5 million people have been forcibly displaced worldwide, and 40 million people are forced to flee their homes, but remain within their country’s borders. Among them, 25.4 million people are classified as refugees (up by 4 million since 2015) under the UNHCR mandate. But there’s one group that UNHCR has yet to acknowledge—climate refugees.

“Climate refugees” are people who leave their countries because of reasons that can be tied to climate change, either directly or indirectly, through extreme weather, drought, flooding, crop failures, or even violence or poverty caused by the loss of natural resources. Since 2008, an average of 24 million people have been displaced by catastrophic weather disasters each year.

Learning and benchmarking are key steps towards becoming an impact giver. If you are interested in giving with impact on Human Rights take a look at these selections from Giving Compass.