The Criminalization of Homeless 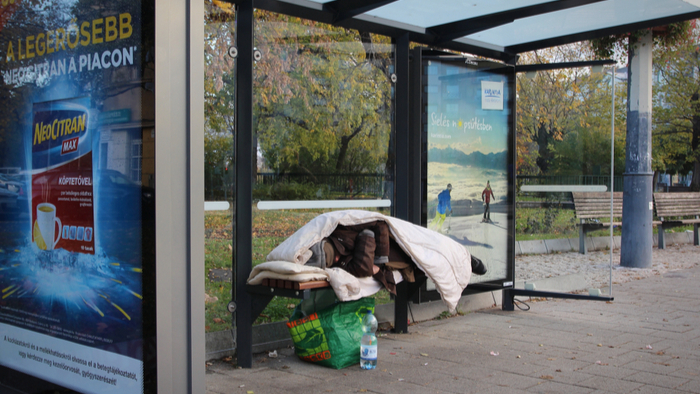 Is poverty a crime? A quick answer is, of course, yes: poverty is systemically created and punished. Debtors’ prisons, mass incarceration, and the structure of the welfare system are just a few examples of systemic designs that produce and reproduce poverty.

Like race and incarceration, homelessness and incarceration are also closely linked, leading some to characterize the United States’ penal system as the nation’s largest homeless shelter. Homelessness is a risk factor for incarceration: over 15 percent of those in jail were homeless prior to incarceration, a rate of 7.5 to 11.3 times higher than the general adult population. Approximately 25–50 percent of the general homeless population has a criminal history, oftentimes sparked by arrests for non-violent offenses associated with homelessness, such as camping or begging. And nationwide, approximately 49 percent of homeless adults reported spending five or more days in jail, while 18 percent had been incarcerated in a state or federal prison. Even if inmates were not homeless just before they are arrested or jailed, once they are processed through the criminal justice system, they are more likely to become homeless upon exit.

Key drivers for the criminalization of homelessness are increasingly popular laws and policies that seek to expel visibly poor people from public space. In the broadest sense, the term “visibly poor” and its various iterations “encompass individuals currently experiencing homelessness, but also include individuals experiencing poverty in combination with housing instability, mental illness, or other psychological or socio-economic challenges that deprive them of reasonable alternatives to spending all or the majority of their time in public.” In the more specific sense, the term “visibly poor” refers to people experiencing chronic homelessness. Chronic homelessness “is characterized by few spells lasting long periods of time, reflecting a persistent homeless state.” In other words, chronic homelessness is the most visible category compared to other homeless populations because, unlike most cases of homelessness that are briefly episodic or transitional, people experiencing chronic homelessness are homeless more frequently and for longer periods of time. As a more technical matter, chronic homelessness is defined as sleeping in places not meant for human habitation or staying in emergency shelters for a year or longer—or experiencing at least four such episodes of homelessness in the last three years— and also living with a disabling condition such as a chronic health problem, psychiatric or emotional condition, or physical disability. These cooccurring conditions help to explain the persistence of their homelessness. By virtue of their sustained visibility in public space, chronically homeless people are the primary target of ordinances punishing homelessness. These laws, fueled by the stigma of visible poverty, function to purge chronically homeless people from public space.

This article is structured in four parts. Part I of this article lays an important, human-centric context for understanding how homelessness, itself, is punishment. The inherent traumas of homelessness besiege those who experience it. Understanding this context compels more thoughtful legal and policy responses. Part II provides an overview of laws that punish homelessness, gives common examples, and explains how these laws are often constitutionally infirm and make homelessness worse. Part III surveys some reasons why American cities commonly criminalize homelessness, explaining some psychological and sociological motivations, and giving examples of common myths that perpetuate damaging stereotypes and discrimination against people experiencing homelessness. And finally, Part IV examines Housing First and permanent supportive housing, non-punitive alternatives to criminalization, which are proven to be more cost-effective solutions to homelessness.

Read the full article about punishing homelessness by Sara K. Rankin at SSRN or download the PDF below.