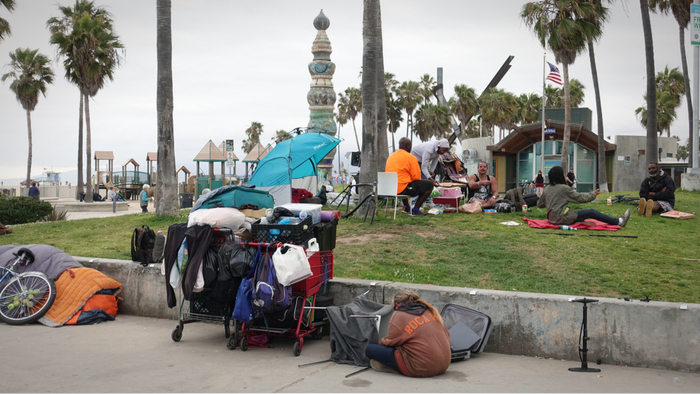 By National Alliance to End Homelessness

The State of Homelessness in America charts progress in ending homelessness in the United States. Using the most recently available national data, it is intended to serve as a reference for policymakers, journalists, advocates, and the public on trends in homelessness, homeless assistance, and at-risk populations at the national and state levels.

A total of 552,830 people were experiencing homelessness on a single night in 2018. This number represents 17 out of every 10,000 people in the United States. HUD’s Annual Point-in-Time Count, the only nation-wide survey of homeless people, provides this data and other useful statistics.

Most people experiencing homelessness are individuals (67 percent). The remainder (33 percent) are people in families with children. Public policy has put a focus on additional subpopulations.

One of the subpopulations is youth who are under the age of 25 and living on their own (without parents or children). This group is 7 percent of the total homeless population. In recent years, coordinated efforts at all levels of government have also targeted veterans (7 percent of the total homeless population) and chronically homeless people (18 percent). This last group consists of people with disabilities who have been homeless for an extended period of time or repeatedly.

Gender and racial demographics are an important part of the American homelessness story. The homeless population is largely male. Among individual adults, 70 percent are men. White Americans are the largest racial grouping, accounting for 49 percent of those experiencing homelessness. However, African Americans and American Indians are dramatically overrepresented in the Point-in-Time Count compared to their numbers in the general population.

However, national counts have generally trended downward over the last decade. Since 2007, the year HUD began collecting this data, homelessness decreased by 15 percent. This number masks more substantial subgroup progress over this time period. Most notably, veterans’ homelessness has dropped by 38 percent since 2007. Amongst people in families, there has been a 23 percent decrease. And chronic homelessness among individuals has fallen by 19 percent.

Homeless individuals are experiencing far less progress, with their rates dropping by only 10 percent. The group broadly includes some subgroup members (Veterans, Chronically Homeless, Youth)—but most are adults who don’t fall into any one of those categories. As the largest subgroup, making up 67 percent of the total population, solutions for individuals are critical to efforts to end homelessness.

Read the full article about the state of homelessness at National Alliance to End Homelessness.