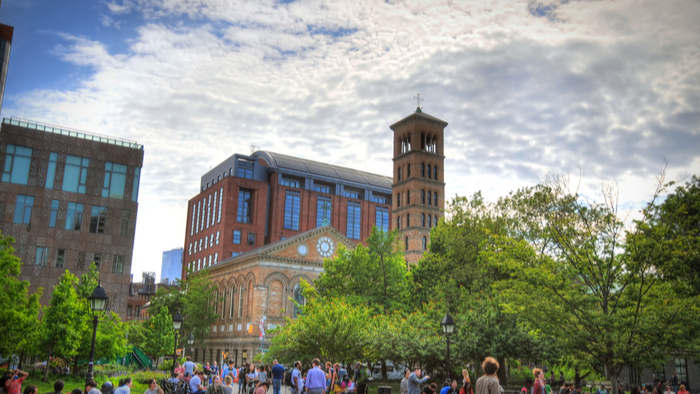 Philanthropy: We hear a lot of different perspectives on naming rights and anonymous philanthropy. You’re in the somewhat unusual position of having done both—identical gifts to the same institution. First you anonymously gave $100 million to the NYU Medical School. And then you gave the same amount again in what became a naming-rights gift, NYU Langone Health, though you had intended that to be anonymous, too. Walk me through your thinking for why you wanted it to be anonymous and what changed your mind.

Langone: I had a business interest in medicine from early on; my company Invemed was heavily involved with the health-care field. I believe in new technology with old-fashioned patient care. Before I responded to Marty’s request, I spent the better part of three months doing research, talking to a lot of people inside and outside of NYU. I saw that the quality of care there was spectacularly good. But morale was low thanks to a merger with another hospital, massive financial problems, and confusion over who was in charge.

I concluded that I could be helpful. I had recently stepped down from the Bucknell board after 15 years. I believe there should be a limit on how long you hang around, and I felt like that’s enough. So I had the time and I had a very personal knowledge of the challenges that were going to be presented to health care by virtue of the aging population.

But I didn’t want people to think I walked in with a big check and said, okay, now make me chairman. They didn’t ask us for a donation. I told Marty that I would take the job, and as part of that endeavor, I was going to give him $100 million anonymously. Elaine and I thought, we like who we are. We know who we are. We don’t need to make a splash in the society pages or anyplace else. It’s awfully easy when people are kissing your behind to let it go straight to your head.

When I came aboard, it was a hell of a mess. The better part of my contribution was not the money. It was my effort and my time to unravel this mess and get the place going.

Philanthropy: And then you made a third gift of $100 million in 2018 to make tuition at NYU Langone Health free.

Langone: Bob and I had been discussing the idea of free tuition since he came aboard, and laying the groundwork for the better part of ten years, sharing our dream and our vision with board members and donors. Bob argued that it would be a game changer. It would enable graduates to pick lower-paying fields like primary care and pediatrics, where more good doctors are desperately needed, without overwhelming debt to force them out.

We’re just one school, but we hoped that by getting out front and setting the example others would follow. When we finally reached the point where we had enough money to pull the trigger, Elaine and I contributed the third $100 million as part of the announcement.

Of course, the lure of free tuition made our already-high application numbers spike 50 percent. This included a lot more applicants from disadvantaged backgrounds, double the number of minorities. A kid whose father is a plumber and mother works at a school cafeteria who is bright and motivated, he wants to be a doctor. He says I’m going to apply to NYU, because if I do, and get in there, I’m going upwards. It’s within my framework of reality.

But out of 9,000 applicants, we can only accept about 90. It’s a high-stakes choice. We can be very choosey, but still, it’s hard to discern who is going to carry through on the ultimate mission, who will make patient care their core commitment. It will be years before we see what fields these students go into.

Read the full interview with Ken Langone at The Philanthropy Roundtable.