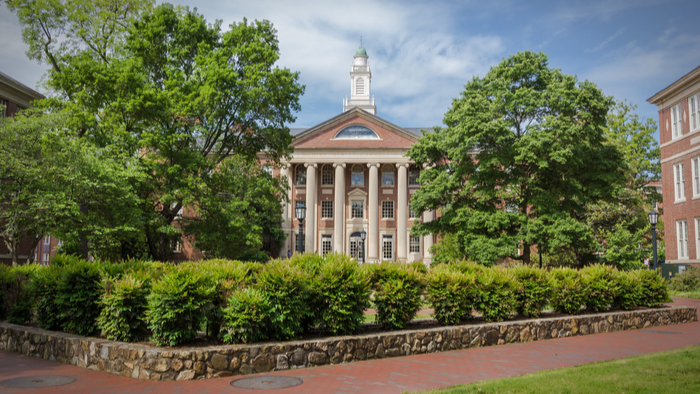 Highly capable students who display a strong work ethic but lack the financial resources to pursue postsecondary education exert a magnetic pull on many donors. Having frequently received college scholarships themselves—a boost they describe as critical to their future success—these givers want to help others get the higher education that sped them to their own triumphs. This article profiles three prominent scholarships centered in the same state—where one smart effort to boost students succeeded in ways that sparked others.

Scholarships have been central to the rise of private colleges in the U.S. right from the founding of Harvard in 1636. In more recent years, even publicly funded universities have come to depend heavily on scholarship gifts. The first philanthropically funded merit-scholarship program at a state university was the Morehead Scholars program—which will soon celebrate its 70th anniversary at the University of North Carolina at Chapel Hill.

What is now known as the Morehead-Cain Scholars program is one of the most prestigious college grants in the country. Only three percent of annual applicants are selected. The 70-80 recipients enjoy not only a fully funded undergraduate education, but a summer-enrichment program, a variety of study-abroad opportunities, and grants of up to $8,000 for approved independent-study projects. More than 3,000 Morehead alumni living around the world encourage and support each other loyally through an active network.

The Robertson Scholars Leadership Program has similarities to Morehead-Cain in seeking candidates with a mix of academic and active accomplishments. But the Robertson scholarships have one very distinctive aspect. The two campuses where they operate are quite divergent—one a large state university, the other a private school half the size. A crucial strength of the Robertson grant is that it allows the recipient to experience both of these environments as few other students are able.

While they enroll at only one university, Robertson scholars can access classes and activities at each—significantly increasing their course and extracurricular choices. In the spring of their second year they actually participate in a “Campus Switch”—requiring them to live and take classes at the sister facility. This is meant both to train the students to “adjust to new situations and thrive in challenging environments,” and to “build stronger educational and community ties between UNC-Chapel Hill and Duke.”

Like Morehead and Robertson counterparts, Levine Scholars enjoy four-year scholarships, supported summer experiences, mentoring relationships, dedicated staff and advisers, and an alumni network (which already includes several Fulbright winners). At the heart of Levine’s program, however, is what Leon calls “a little extra spice”—a special emphasis on civic engagement. A central requirement of the Levine scholarship is the series of individual and group community-service projects, alternative spring-break experiences, and internships with charitable groups that recipients are guided through.

Just like their Morehead-Cain counterparts, each Levine Scholar receives an $8,000 grant for an independent project. But the Levine funds must be used to create their own charity or undertake a project in partnership with an existing Charlotte charity. Participating organizations range from hospitals to schools, museums to assisted-living facilities, women’s shelters to food banks. The goal is to have Levine Scholars emerge from their college years with understanding of the intrinsic satisfaction of serving others, the management requirements of nonprofit work, and the importance of the charitable sector to a community. And to top it off, says Leon Levine, “by the time they graduate, we will have the potential of keeping them in Charlotte. That could be a bonus for the entire community.”

Read the full article about scholars across Carolina by Joanne Florino at The Philanthropy Roundtable.