Journey of a Philanthropist, Part I 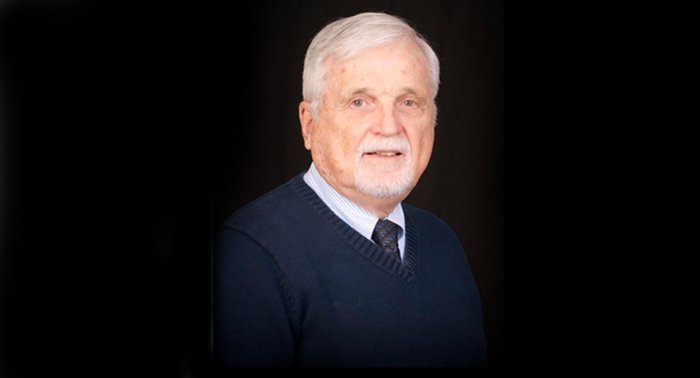 Sue Merrilees is a senior advisor at the Science Philanthropy Alliance. This is the first of a two-part blog. Read “Journey of a Philanthropist, Part II”.

In May 2018, a gentleman named Ross Brown rang the offices of the Science Philanthropy Alliance in need of assistance. At age 83, he had finally retired, sold his company for almost half a billion dollars, and wanted to donate most of the proceeds to science. However, as he admitted to me and president Marc Kastner in that first call, “I don’t know what the hell I’m doing!” He had come to the right place.

Two universities and Ken Moore of the Gordon and Betty Moore Foundation had recommended Ross reach out to the Alliance. And while Ross was impressed with what the Moore Foundation accomplishes with its 90+ employees, he knew such a structure wasn’t for him. “Time and inclination are against me,” he told us. “I felt responsible to my employees for so many years. I don’t want that burden again.”

Ross was not entirely new to philanthropy. He had already established a foundation and made some six (and a seven)-figure gifts. However, he would describe even these larger gifts as reactive. He’d funded things like a building named after his brother who had died in a plane crash and graduate fellowships in his father’s honor, the latter because he’d been asked and had once personally experienced the need. Ross knew he wouldn’t live forever, and he wanted the money he’d worked so hard to accumulate to have a positive impact. But exactly what kind of impact, he wasn’t sure. And he did not know how to ensure his wishes continued to be carried out once he was gone.

At the Alliance, the assistance we offer our advisees is highly personalized. We begin the advising process with a series of questions appropriate to the advisee’s stage of philanthropy. In this case, exploration. In our first meeting with Ross, we had a conversation about attitudes toward money and giving with a focus on past experiences, most importantly, what gifts had been most satisfying and why? Least satisfying and why? It’s an iterative process, very much a back-and-forth, and at the end of the first two sessions, we had emerged with the beginnings of his philanthropic road map. Although Ross couldn’t answer all our questions about what he wanted to fund, he could say clearly what he didn’t want to fund. So the road map slowly became more defined.

Ross had questions for us too. His field of study was engineering, and it was how he’d made his money, but he wanted his philanthropic dollars to go where the need was greatest. He asked us to confirm that engineering was less in need of philanthropy than fields such as physics and chemistry, thanks to its “commercial potential”; we did, and he nodded ruefully. After a pause, he turned to Marc and asked, “What would you do if you were in my shoes?”

Marc had clearly pondered this question before. He smiled and described the need for an analogue to the generous Howard Hughes Medical Institute Investigators program, only this one supporting physical scientists and targeting mid-career, rather than early-career, researchers. “It’s just after they’ve received tenure and their start-up packages have run out, that’s when they need some money and freedom to support blue-sky ideas,” he reasoned.

Our very first conversation with Ross had revealed he liked out-of-the-box thinkers (the “restless minds” as he put it) and that he had an appetite for high-risk ideas because of the potential for high reward. In fact, one of his most satisfying past giving experiences had been fellowships because he enjoyed the personal engagement with the fellows, learning about each recipient’s work and life. This “restless minds” fellowship program, especially with its focus in the physical sciences, which he agreed was underfunded, appealed to Ross.

Although the Alliance is a lean operation (when Ross reached out, we had eight on staff), we have an extensive network and an active and knowledgeable board and members. Among them, our members have hundreds of years of successful science grantmaking experience in every situation imaginable, and they are happy to share that expertise with new philanthropists.

In addition to his foundation’s mission and purpose, Ross had other big decisions to make. He needed some advice about clarifying intent and preventing mission drift once the founder was gone. So we arranged for a lunch with Ron Rosequist, president of The Shurl and Kay Curci Foundation. Ron had successfully navigated these issues with the now late Shurl Curci and had many lessons to share.

The Alliance has created a series of best-practice documents based on our surveys of members’ experiences, and I supplied Ross with the relevant ones (about science advisory boards and indirect costs). Since our advising services are so tailored, I also created materials specifically for him. Because of his interest in fellowship programs, I pulled together a matrix with data from three of our members with differently configured programs: Howard Hughes Medical Institute, the Leon Levy Foundation, and the David and Lucile Packard Foundation (Packard Foundation). The matrix contained the key particulars of each program, including the internal and external staffing necessary to sustain different outcomes. Ross was grappling with the dilemma of having control over the selection process and running a small administrative operation. This document helped him understand and balance those two aims.

Since Ross had both personal and philanthropic ties to the University of Chicago (his father had been a professor there), I thought he’d feel welcome at our research partners’ conference hosted there that summer. In addition to the conference, we were holding a regional donors’ lunch, where he could meet our board chair Bob Conn of The Kavli Foundation, board member Adam Falk of the Alfred P. Sloan Foundation, and others who were exploring ways to invest in science. A peer network is invaluable, especially in the relatively small world of basic science funders, and introducing Ross to those with similar interests was another way to help him find his path forward. Since Ross was curious about issues of branding, he arranged for additional conversations with Bob, who has preserved Fred Kavli’s legacy for years at the helm of The Kavli Foundation.

Following the lunch, Marc and I met with Ross. It gave us the opportunity to debrief with him and me the chance to present him with the funding scenarios I’d prepared, based on what he’d shared regarding resources and likely timing of his giving. One scenario outlined support for the “restless minds” program, while another described a potential partnership with the Packard Foundation’s Fellowships for Science and Engineering program, with varying numbers of fellows, including endowment and spend-down estimates and a few other factors.

The Packard Fellowships program, in particular, provided an interesting opportunity for Ross. In September 2018, the Packard Foundation would be celebrating the 30th year of its Fellowships for Science and Engineering, with a reunion scheduled in San Diego. I thought this program’s history and culture would resonate with Ross and that observing the event and its operations would provide an excellent learning opportunity. Lynn Orr, the founding Advisory Panel member, had managed the Fellowships since their inception and brought ceaseless dedication and a fine scientific mind to their administration. I knew he would be a priceless source of wisdom for Ross. By attending, Ross would also hear from the graduating 2013 fellows about what five years of support had meant to their research and witness the enthusiasm and plans of the new 2017 Fellows.

Marc and I met with the Packard Foundation staff Walt Reid, Chad English, and longtime Fellowships Program Manager Xiao-Wei Wang to explain the situation. They were cautiously enthusiastic about opening up the program, and in the end, invited Marc and me to accompany Ross to the Packard Fellows reunion just after Labor Day. Despite his many responsibilities, Lynn was a gracious host and open about sharing his knowledge of the program. Ross left the reunion impressed with the operations and the outcomes.

Although it took some deliberations, in early 2019, Ross opted to partner with the program and continue the learning process from the inside. For the 2019 grant cycle, beginning in January and ending with the September 2020 gathering in Monterey, he agreed to fund two additional Fellows, which meant he could observe the process through its entire process: call for applications, selections through the first two rounds, deliberation, and final selection.

In under 10 months, Ross had found a space that could use additional funding, a way of giving that would be personally satisfying to him, and an experienced partner to work with. He was ready for the next step.