Reflections on Philanthropy in India and the Global Diaspora 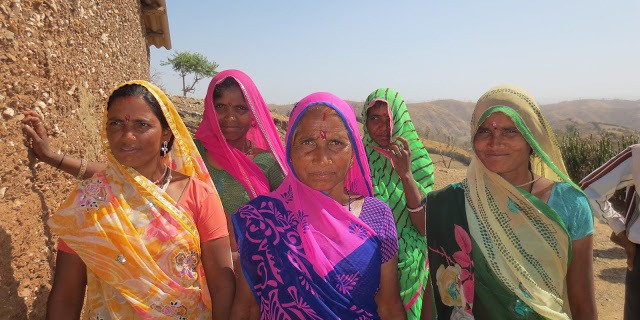 TPW members recently travelled to India and here are the reflections from one member of that trip:

Traveling to India opened a new window into a vibrant and transforming country. Reflecting on this journey, the words that immediately come to my mind are: overwhelming and dynamic.

Overwhelming because of its sheer size: this is a country of 1.2 billion people with over 3 million NGOs. It is hard to grasp how one can even begin to bring about change with such overpowering numbers. Talking to the philanthropist and civil society leaders who are dealing with this challenge and who feel comfortable operating in such a context since it’s their home, was very inspiring and motivating. The other overwhelming aspect is the caste system, which is fully ingrained in society and in people’s mind-set. It is something which is very particular to India, so it’s hard for me to relate to but it seems to be such a rigid block that one cannot break. Being from Greece, whose population is about half of Mumbai’s and is a very homogeneous country, really put things into a different perspective for me.

I was struck by how neat and proud the locals were. No matter how tiny their house was, it was very clean and tidy and no matter how worn out their clothes were, they looked very well put-together, with big, radiant smiles. Also, having travelled in Africa a lot, where in many countries people just come right at you and beg persistently, in India it seemed to me that people were proud and accustomed to, or accepting of, their circumstances. This is an aspect that puzzled me in the sense that I am not sure what its implications are: does it mean that the people are content with their fate and don’t look to improve their situation, so things are not likely to change/improve? What does this signify for philanthropy and how can positive and constructive change occur? These questions and concerns have a lot do with my Western perspective, so they may be irrelevant in such a context.

Dynamic has to do, of course, with the size, India’s extraordinary economic development (IMF estimate 2017/18 growth will be at 7.2 percent) and its vibrant population, which according to estimates will make it the most populous country by 2050. But it also has to do with a shift that is slowly taking place in which we no longer just look West for inspiration and guidance (i.e. Europe, the US and Canada), but we are starting to realize the wealth of experiences and rich traditions that other parts of the world have to offer. The Corporate Social Responsibility (CSR) law that India was the first country globally to implement, best exemplifies this. According to this CSR law, companies are not, paradoxically, obliged to give out 2 percent of their revenue, but if they do not spend this 2 percent they are obliged to report it and explain why. So it’s essentially naming and shaming, which is a very strategic way to create pressure and encourage a culture of giving.

And I think that such regulations are very helpful and replicable. In ancient Greece, for example, donations were never anonymous, nor discrete, instead they were publicized and in fact, the person who gave the first donation was the one who was publicly applauded and not the one who gave the largest donation. So in both cases, one can argue, a rather counter-intuitive measure – not actually making it compulsory and awarding the first pledge, not the biggest – may be more strategic. In the case of India, of course, it is early to say, but the effects of this law are very interesting in and of themselves. For example, up until now, it seems to result in making big NGOs bigger and small ones even smaller, which is something they are working on now to try and lessen.

India’s dynamism has a lot to do also with its vibrant diaspora, who are an important player in the Western world and are recently connecting to and influencing things in India. With global mobility increasing and ever advancing technological tools that foster connectivity, India is a unique case study on the impact the diaspora can have on philanthropy and be a role model. A result of this dynamic diaspora can be seen in the creation of Dasra, which was founded by two members of the diaspora and we were able to witness the thriving ecosystem it has created and fosters. It is indicative to mention that all of us were asking whether Dasra (or a similar organization) operates in our respective countries, only to find out with disappointment that it is unique to India.

Looking back at the locations of the first and the second modules – the Bay Area and India – I feel very privileged to have gotten a taste of such different, diverse and rich environments but was also surprised to realize that despite their differences, they both faced some very fundamental problems, specifically for Bay Area homelessness and an unjust and problematic prison system.