How This Venture Philanthropist is Driving Innovative Alzheimer’s Research 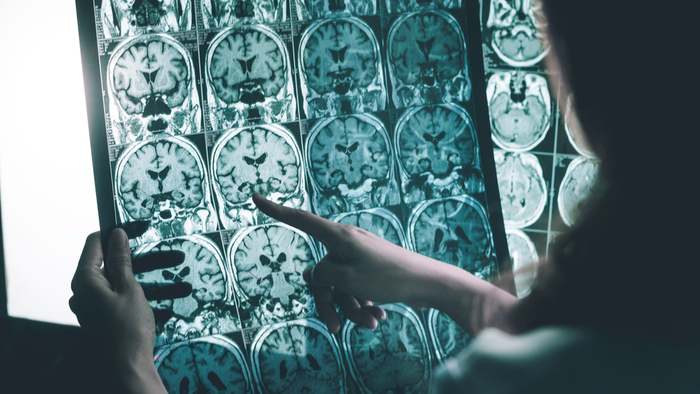 In 2018, the national venture philanthropy organization New Profit brought together pairs of donors and social entrepreneurs from their community for candid conversations on the future of social problem-solving. These “unlikely duos” were given thought-provoking questions to respond to and discuss on the spot, and we were able to see where a conversation can go when it’s centered on getting to know another person and her or his perspective, rather than the technical aspects of change-making. Relationships are fundamental to problem-solving, and these duos show us the power of two people from different backgrounds sharing insights and ideas on forward-leaning solutions.

Giving Compass spoke with McCance about the Cure Alzheimer’s Fund, his venture philanthropy approach and supporting leaders in the social sector.

When Henry McCance’s wife Allison was diagnosed with Alzheimer’s disease at age 58, doctors prescribed three Advil and FDA-approved drugs that would only treat symptoms for a limited time.

Knowing this is a disease that touches so many — Alzheimer’s affects more than 5 million Americans and the Center for Disease Control and Prevention projects a three-fold increase by 2050 — and discouraged by the advice doctors gave to his wife, McCance decided to take long-term action. In 2004, he co-founded the Cure Alzheimer’s Fund with Jeffrey and Jacqueline Morby.

Instead of seeking grant requests, the organization looks to fund the best Alzheimer’s disease researchers who are doing high risk, high reward work. Today, it supports approximately 70 researchers. This non-traditional framework was inspired by McCance’s 45-year career in venture capital at Greylock Partners. 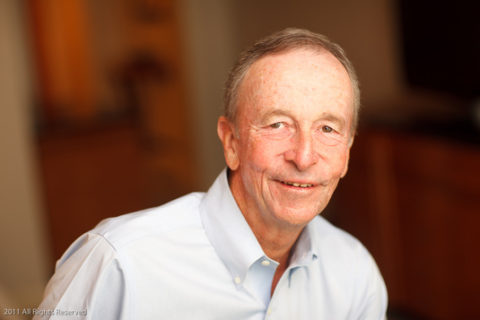 “In that time, I saw the power of really exceptional visionary entrepreneurs coupled with proper financing changing the way much of the information technology industry is run in our country,” said McCance. “[Venture capitalists] try to make … transformational investments.”

To ensure an alignment of interests, Cure Alzheimer’s Fund founders and board pay all operating expenses; 100 percent of donations go to research. It facilitates online and in-person communication among the researchers, so they can share unpublished data and prioritize projects.

McCance said previous clinical trials done in the field in the past 18 years were conducted at a later stage of the disease. Research is now studying at-risk people in their 40s and 50s instead of waiting until signs of dementia appear.

“I’m pretty confident that we are now as a field, both in academia and biotech, designing much more exquisitely targeted drugs for the right mechanisms of action,” McCance said.

Venture Philanthropy at a Family Foundation

The McCance Foundation allows my extended family to make grant recommendations and to be involved in our family foundation meetings,” said McCance. “It’s a tremendous bond. I see the next generation of my family enjoying giving back [and] enjoying making the world better.

McCance’s philanthropy extends beyond the Cure Alzheimer’s Fund. With his two daughters, a son-in-law and an executive director, McCance runs the McCance Foundation. Focused on several issue areas including education, conservation and medical research, the foundation’s work has been directly influenced by McCance’s relationship with New Profit, where he sits on the Board of Directors. The McCance Foundation supports eight to 10 New Profit grantee-partners in its portfolio, including Management Leadership for Tomorrow founded by John Rice.

“The involvement with the board at New Profit allows me to benefit from their large, extremely talented set of partners who are scouring the country for the best social entrepreneurs and the best ideas to level the playing field … [and] move our country forward in a very impactful way,” McCance said.

It was at New Profit’s Gathering of Leaders in 2018 that McCance spoke with one such social entrepreneur, Layla Avila, CEO and executive director of Education Leaders of Color (EdLoC). EdLoC is elevating the voices and influence of leaders of colors to improve the public education system. McCance said that having people like Avila at the helm will drive long-term impact.

“The competitive landscape is going to change in the course of a 20-year nonprofit or for-profit history, but if you have the right leadership, that’s the first thing,” McCance said.

Learning with others and benchmarking are key steps towards becoming an impact giver. If you are interested in giving with impact for Diseases and Cures, take a look at these events, galas, conferences and volunteering opportunities to connect with individuals like you.