As the calendar page turns to August, we welcome Black Philanthropy Month — a global celebration of African-descent giving. Giving in all its forms is a longstanding tradition in the Black community with roots dating back prior to chattel slavery in the United States. According to a 2012 study by the W.K. Kellogg Foundation and Rockefeller Philanthropy Advisors, two-thirds of Black households engage in charitable giving that totals roughly $11 billion a year.

These leaders in Black Philanthropy discussed the roots of Black giving and how that legacy has contributed to the current state of charitable giving for Black communities across the world. Watch the full discussion or continue reading for a recap of this session.

The panelists each discussed how they were introduced into philanthropy. A key theme that arose was the importance of understanding that philanthropy is not just financial, it is also social, spiritual, and relational.

As a youth, a congregation member by the name of Mr. Burns approached Freeman one day and said, “Tyrone, you can be President of the United States if you want to.”

“That was a powerful philanthropic gift to me,” he said of that memorable moment. “Our tradition values a whole range of gifts, especially the power of words and the gift of words.”

As he attended college and started his own career in education, Freeman said that he came to view teaching as a form of philanthropy: Every professor that ensured he lived up to his potential was giving a gift to him, an investment in his future.

Copeland and Love both spoke of experiences with financial scholarships, Copeland relying on scholarships to put her through college and Love’s reflection on his mother serving on a scholarship committee tasked with providing educational funds for youth. Jones said that his experience in a college fraternity instilled a sense of giving and service that carried him into his career.

Jarmon summarized the experiences of the panelists in four distinct categories: scholarship, spirituality, relationship, and teaching.

“That seems to be what ties everyone’s relationship with philanthropy together,” she said. “This ties us back to our ancestral heritage of who we are.”

“There is no society on the planet throughout human history that has not had some structure and practices and even cultural principles of giving, for mutual support,” said Copeland of the early origins of charitable giving. “There are words in every single human language that express this notion of just love and support for one another. But then there are different social structures to facilitate this giving.”

She went on to discuss the history of giving circles and their roots in African cultures prior to what we now commonly think of as philanthropy. They were not only vessels for funding social activities, but also business ventures.

“[Giving circles] were kind of catch-all pools of resources, social networks, inspiration, [and] mutual support to simply build the foundational institutions of a strong community,” she said.


Churches, volunteer associations, and even the United States’ Underground Railroad were all forms of charitable giving that we’ve participated in for decades.

“This notion that you create a social group and give what you have to support the cohesion of your community, the next generation, as well as social progress, is as African-American and African as apple pie and fufu,” she said jovially.

Looking Back to Move Forward

This misinformed notion of Black people as chronic beneficiaries rather than compassionate benefactors has coalesced into a crisis point in modern times, according to Copeland.

“The global stereotype is that Black people are the supplicants of the world, still,” she said. “That—unlike every other human being on the planet—because we are Black we do not give, we take.”

Describing the phenomena as a “triple whammy,” Copeland listed racism, global climate change, and the coronavirus pandemic as leading to a global reckoning with racial and environmental injustices and racialized disparities in healthcare access.

Copeland called on the image of the sankofa, a Ghanian symbol of a bird whose body faces forward, but its head is turned back.

“This is our sankofa moment,” she said, noting that as a community we must take learnings from our history and use them to ensure our resilience and prosperity in the future.

Freeman chimed in with an observation about early 20th Century Black sociologist W.E.B. Dubois who—after conducting a national study—publicly reported that fewer races were as charitable as the Black community.

He emphasized the rich history of Blacks giving back and how “generosity travelled across the Middle Passage inside Black bodies in plantations and in free communities.”

As the discussion progressed, more insights were shared into how we currently manage charitable giving as a whole.

Jones made an incisive observation about philanthropy, in that people are more willing to provide resources for others after natural disasters, but are less inclined to support others during times of social and political crisis. And, more times than not, the approach to helping others is rooted in paternalism and colonialist thinking.

“If you want to be in [the] community, don’t go into [the] community with a parachute,” he said. “Tap into the people that are in these communities and find ways in which to give them the support that they need, not just a band-aid, but [supporting] the long term strategies for this work.”

How Do We Move Beyond Disaster Relief to Restoration?

The group agreed that philanthropy cannot exist strictly on a grant cycle or stay confined with rigid funding deadlines. As such, we all have to figure out ways of giving that are consistently resourcing the time, talent, treasure, and testimony of the communities we support.

Jones also stressed that “If we stay ready, we don’t have to get ready,” meaning that if we collectively prepare ourselves to deal with disaster in a way that prioritizes equity, we’ll be all the more prepared when a crisis comes.

As an active member of and advocate for giving circles, Love spoke about the real-life application of Black collective power on the people who need help the most as we move forward post pandemic. He stressed the importance of using our collective voice to make change, using donor-advised fund holders as an example.

“We do realize that there is a lot of work to be done in terms of equity and...that we are doing and have been doing that is getting attention in other spaces,” he said of the power of collective giving circle donors pushing forward a philanthropic agenda rooted in equity. “The attention and the voice that needs to be said loudly is not going to be said unless someone says it or does something about it.”

Love offered several examples of how giving circles have come together to transform philanthropy since the beginning of the pandemic.

In Denver, for example, giving circles provided funds for communities of color to better understand the impacts of the pandemic and measures to stay safe. Love noted that other charitable community groups followed suit.

“Racism has created us as a natural disaster,” he said of the need for equity in how we serve our communities. In Birmingham, a local giving circle provided a space for educating people about the pandemic and how to stay safe and prevent transmission.

When discussing the “other side of the bell curve,” Love contended that the pandemic was instrumental in illustrating how some charitable organizations are too rigid in their grantmaking, often expecting nonprofits and local groups to adhere to a certain checklist. He said that it is pivotal that these funders understand that during times of crisis and disaster, grantmaking should be less rigid and more focused on those who have the least access to resources and are least served by charities.

Love ended his comments on the “disruption” that donor-advised fund holders were able to cause in philanthropy by demanding that their donations be used to better support equity and equal access to resources.

“Here’s an opportunity for you to see how we, donor-advised fund holders, are telling you how to use the funds that we’ve invested into your foundation,” he said of the collective message these fund holders sent to charitable foundations. We must collectively disrupt the charitable giving paradigm. That disruption demands two things: That we expand our understanding of philanthropy beyond grant dollars and that we prioritize social and political crises as much as we center natural disasters in our charitable giving.

To view the full panel discussion, click here. The Excellence of Black Philanthropy will continue with an interactive workshop — Engaging the Next Generation — on Wednesday, Aug. 25 at 7 p.m. EST / 4 p.m. PST. Click here to register. 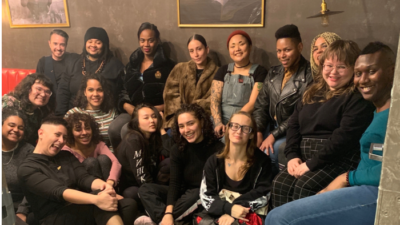 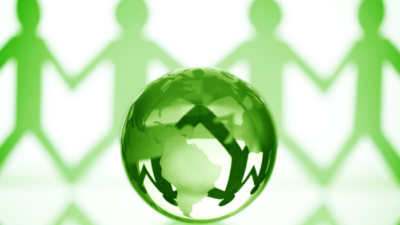 The Power of Collective Giving 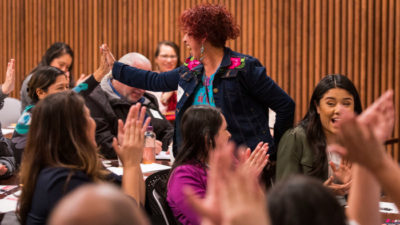