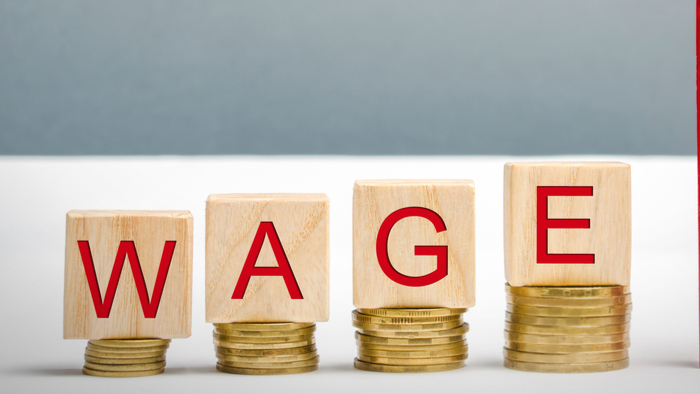 • Richard V. Reeves, Christopher Pulliam, and Ashley Schobert explain that depending on how you calculate wages, you may find that wages have fallen, grown, or stagnated.

• Which combination of factors provides the best picture of wages for your uses?

• Learn about widespread support for the $15 minimum wage.

What is really happening to wages in America? Over the past 12 months, average hourly wages rose 3.2 percent, according to the latest jobs report from the Bureau of Labor Statistics. But the longer-term story is contested. Many analysts and commentators lament the situation of stagnating wages, while others celebrate wage growth. To take just two of hundreds of examples, our colleagues in the Hamilton Project here at Brookings report “long-run wage stagnation for lower-wage workers”, while Michael Strain over at AEI writes that “the wages of a typical worker have increased by 32% over the past three decades. That’s a significant increase in purchasing power”. Though we would be remiss if we did not point out that this corresponds to less than a one percent increase per year.

The honest but boring answer to the question of what is happening to wages is: It depends. Specifically, it depends on how you measure it. As so often, methodology really, really, really matters. In the case of wage growth, four analytical decisions bear heavily on the results: which time period, which deflator, which workers (by gender), and which workers (in terms of position). We discuss each of these four below and show how they influence the wage story.

1. Time Period
To measure a trend, you need to select a time interval. Those who find evidence of wage stagnation are typically comparing wages today to those in the 1970s—usually 1973 or 1979. 1973 is a favored starting point because this is when many analysts see a gap opening up between productivity and pay. But 1979 is also frequently used because it is the first year in a good-quality data series. But going back this far, some argue, makes it more difficult to accurately compare the purchasing power of wages. Partly for this reason, other analysts examine wage trends since the 1990s. Many select July 1990—a business cycle peak—as a starting point. But it is important to note that wages were in fact quite low in 1990 (lower than in three out of four years for the whole period from 1979 to 2018).

However, other researchers favor the Personal Consumption Expenditures (PCE) price deflator. They argue that CPI-U-RS overstates inflation by failing to account for “upper-level substitution,” the ability of consumers to switch between products in response to price changes. (Chained CPI does account for this but is only available back to 2000). Analyses using the PCE generally indicate significant wage growth.

3. Men, women, or both?
Another big factor is gender. There is broad agreement that the wages of men and women have been on opposite trajectories over recent decades (at least in parts of the distribution, but we’ll get to that). Women have seen a wage increase of 25 percent since 1979, reflecting increased educational attainment: in the spirit of this paper, we must report of course that this is median wages, adjusted using CPI-U-RS, since 1979. Men’s earnings, measured on the same basis, have fallen by 10 percent. The declines have been steeper for Black and Hispanic men.

4. Median, Average, Poorest, All?
Workers at different points in the distribution may see very different trends. It therefore matters a great deal whose wages are tracked. The worst picture over recent decades has usually been found in the middle of the distribution. Many analyses of the wages of median workers, for example, find a trend line that has barely budged over time. A more upbeat story can be told by looking at the tails rather than the middle. Wages at the top of the distribution have been rising rapidly, especially for women. (It hardly needs saying that the selection of average or median is therefore consequential, too).