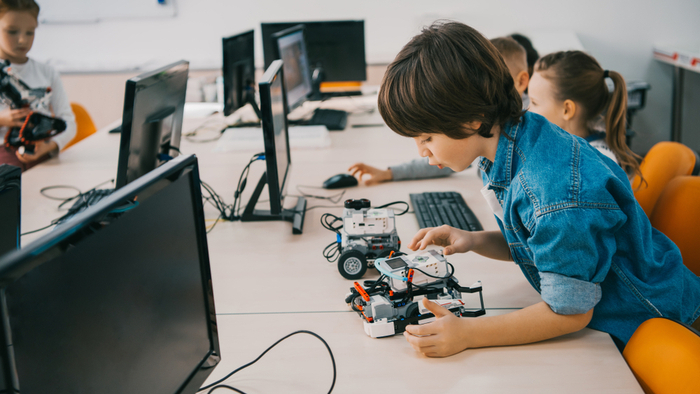 • The author highlights organizations such as Project Lead the Way which helps students from Kindergarten through high school learn STEM subjects in their core curriculum.

• How will learning STEM concepts earlier on help kids enter the workforce?

• Read about the individuals and organizations that are combatting the gender gap in STEM.

As graduation celebrations turn to summer internships and, hopefully, new jobs, Missourians were greeted with a report that should ring the alarm and cause us all to rethink education.

The Missouri Chamber of Commerce highlighted that by 2030, Missouri will face a shortage of 200,000 qualified workers. This report mirrors other findings that point to deficits within the science-, technology-, engineering-, and math-based (STEM) talent pipelines.

This is not just a Missouri issue, but also a national issue. The nation must prepare its children for an economy we can’t predict, but are assured will be different. The key challenge is to ensure that any changes in education meet the needs of ALL students, not just a select few.

Thankfully, there are many opportunities to bridge the gap. Throughout many public schools and districts, there are pockets of innovation occurring that have promise to scale. Forbes recently profiled one such effort. Project Lead the Way is a national nonprofit that serves millions of kindergarten- through high school-age students. It is an in-school engineering, computer science and biomedical science program that uses project-based learning to engage students in STEM learning and complement the school’s core curriculum.