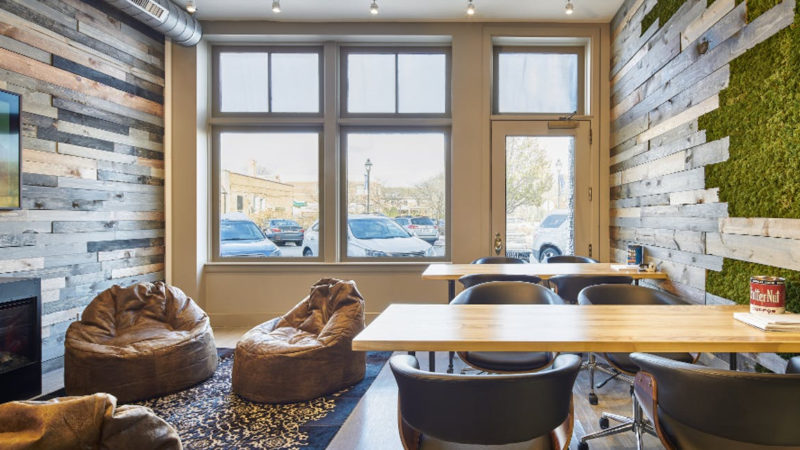 • What might school districts learn from The House? Are there ways to replicate some of its innovations in a more traditional setting?

• Here’s how to rethink grade levels and school design for personalized learning.

When Gil Gibori searches for an analogy to describe the model behind his new premium tutoring center, The House, he’s apt to touch on a few big names, including WeWork, the Apple Genius Bar and, perhaps most unusually, the premium grocer Whole Foods.

Gibori has been in tutoring for a while. A biologist by training, he’s helped run an in-home tutoring company for more than a decade before securing his first physical location last year. After months of planning and building, The House recently opened in Glencoe, Ill., a well-heeled suburb north of Chicago, in a 5,000 square-foot space next to a yoga studio, a few blocks from Lake Michigan. The center serves kids in grades six to 12 and features onsite tutoring, and amenities including sleek, flexible furniture and a gourmet kitchen stuffed with snacks.

“It’s the idea you’re taking the space and then layering over these dynamic tutors that have proven to the market that the more tattoos per square inch you have, the more kids respond to you,” Gibori says.

Read the full article about the Chicago tutoring center hoping to be the Whole Foods of education by Stephen Noonoo at EdSurge.