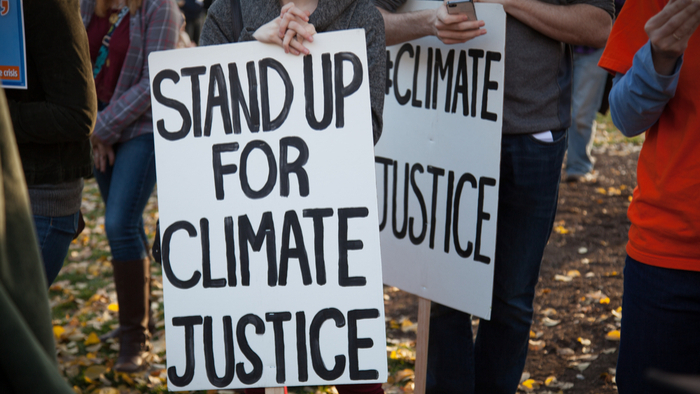 • Amanda Palleschi shares how community foundations across the country are working towards climate justice for their vulnerable populations.

• How can donors support the work of local community foundations working on climate justice?

Climate change can often seem like a far off threat, but we know it’s already affecting our present and our future: we all want to drink clean water, breathe clean air, and be part of coming up with solutions to an earth-friendlier and more equitable future.

Community foundations have been at the forefront of funding some of the most innovative solutions to climate change and climate justice — from the Great Lakes to the Pacific Northwest and everywhere in between.

For the Seattle Foundation, that has meant putting its resources and its visibility in Washington state toward both the causes and inequitable effects of climate change.

Recently, the foundation has been working along with its nonprofit and community partners to develop a long-term Climate Justice Impact Strategy to respond, in part, to growing sea level rise, flooding and degradation of the Duwamish River, which runs through Seattle and was designated as a federal Superfund site in 2001 for its industrial sediment and toxic pollution.

Residents who live near the river live an average of eight years less than those who don’t, and are are disproportionately people of color — including native tribes who settled in what is now Seattle long before the city’s founding.

The foundation helped support a comprehensive report called “An Unfair Share,” developed with a nonprofit coalition that included members of communities affected by the Superfund site.

And the foundation stuck its neck out into the political arena on the issue for only the second time in its 70-year history in the 2018 election when it publicly endorsed Initiative 1631 — a ballot measure in Washington State that would have imposed a $15 per metric ton carbon fee on fossil fuel emissions.

Though the state’s voters ultimately rejected the measure, Roske says the foundation felt its endorsement was critical.

“We believe that using the foundation’s visibility is a key way we can activate support for this issue,” she says.