Funding Innovation in the Fight Against Cancer 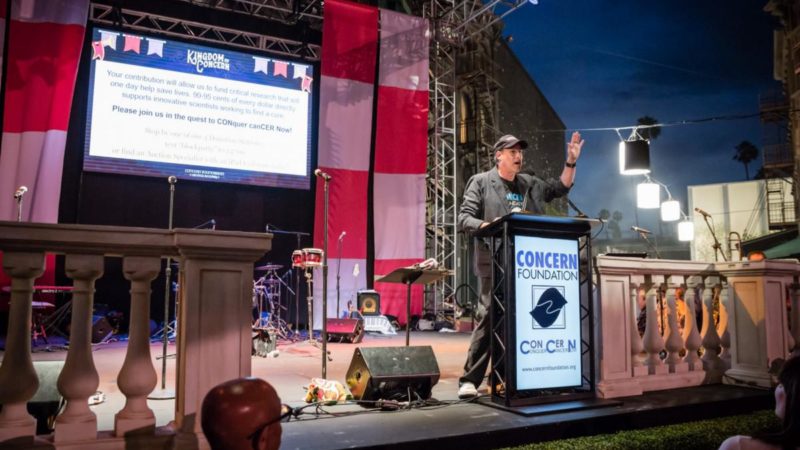 • In this article, Yitzi Weiner at Thrive Global interviews Derek Alpert, President of the Concern Foundation, whose goal is to defeat cancer by funding the early stages of discovery for researchers, especially in the area of immunotherapy.

• In what ways can other organizations follow suit? Cancer research is a vast field, but individuals, foundations and nonprofits of any size can still make an impact by directly funding scientists trying to pushing the envelope with bold ideas.

• Learn how to choose an impactful cancer charity.

Concern Foundation has raised over $60 million for cancer research during its 49-year history. Since 1968, it has funded well over 750 pediatric and adult cancer researchers worldwide studying many forms of cancer, primarily in the areas of immunology, immunotherapy, and the genetics of cancer. Concern specifically funds researchers who lack financial support for their first major research project and provides critically needed start-up funds for promising projects. By focusing funding to new investigators, Concern helps to bridge a gap that currently exists in the scientific research community …

Exploring open-ended questions is a proven way to go beyond what we already know and find what we didn’t know in advancing this highly promising new class of treatment. Because of this investment, cancer immunotherapy today is a highly active and exciting field, with unprecedented potential to deliver on the decades-long promise of discovering, developing, and delivering safe and effective treatments that make a meaningful difference in the lives of patients fighting the disease. Our primary aim and continued focus is to fund cancer research scientists to more fully understand the fundamental principles of tumor immunology. To do this, our scientists explore the basic components of the immune system, seeking answers to questions like how the immune system recognizes cancer, how cancer evades immune attack, and how the anti-cancer attack is coordinated at the cellular, genetic, and molecular levels.

Read the full article about Concern foundation and the fight against cancer by Yitzi Weiner of Thrive Global at Medium.

Since you are interested in Funding, have you read these selections from Giving Compass related to impact giving and Funding?

Cancer is a fascinating topic, and others found these events, galas, conferences and volunteering opportunities aggregated by Giving Compass to be relevant for individuals with a passion for Cancer.

Cancer is an important topic. Other members found these Giving Funds, Charitable Organizations and Projects aggregated by Giving Compass to be relevant to individuals with a passion for Cancer.