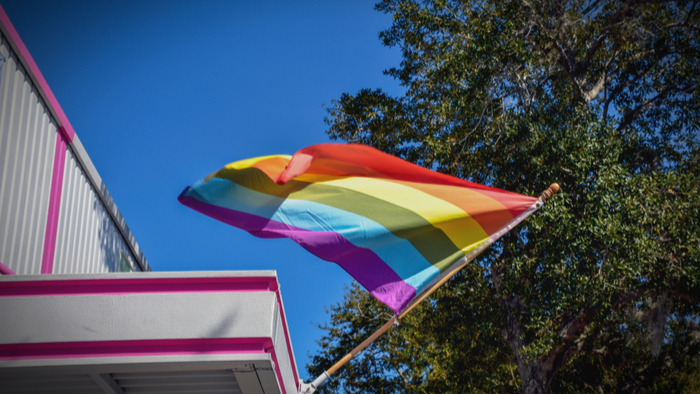 • What DEI efforts have seen success for LGBTQ populations in the workplace?

• Read about how to make the workplace more transgender inclusive.

“Corporations have been important leaders in the area of LGBTQ inclusion in the workplace,” said Urban Institute senior fellow Jenny Yang, who is also a former commissioner of the US Equal Employment Opportunity Commission (EEOC).  Ninety-three percent of Fortune 500 companies have nondiscrimination policies that include sexual orientation.

What explains corporations’ leadership in this arena? “This trend could be partly explained by the presence of senior leaders one level down from the C-suite at many of these organizations who are LGBT and advocates for inclusion,” Yang said, also noting a dramatic cultural shift in which more Americans are supporting equity for the LGBTQ community.

“In this time of political and cultural division, more companies are leaning in to state their values,” Yang continued. “Companies want to ensure that all their employees feel safe and supported. Companies have a competitive advantage where they can build a diverse and inclusive workplace, which increases engagement and strengthens organizations.”

Approximately 20 percent of LGBTQ Americans report experiencing discrimination based on sexual orientation or gender identity when applying for jobs. Yang notes that LGBT-based discrimination charges filed with the EEOC have steadily increased since 2013, when the EEOC first began collecting these data. These charges have been followed by an increase in resolutions and monetary recovery.

But data on LGBT workers can be difficult to collect in a sensitive and accurate manner. LGBT employees may “cover” their identities because they feel uncomfortable or for cultural or personal reasons. According to a 2018 survey from the Human Rights Campaign, 46 percent of LGBTQ workers are not out at work.

Read the full article about workplace inclusion for LGBTQ population by Robert Abare at Urban Institute.

In addition to learning and connecting with others, taking action is a key step towards becoming an impact giver. If you are interested in giving with impact for Corp Giving and CSR take a look at these Giving Funds, Charitable Organizations or Projects.