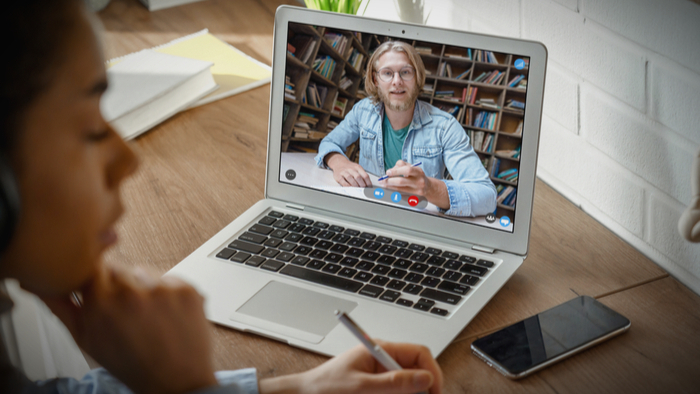 • One school in New Jersey that specializes in trauma-informed care is prioritizing virtual community meetings and check-ins over instruction to ensure students are getting the care they need during COVID-19.

•  How can donors ensure that these schools have the tools and resources they need during COVID-19?

In late February, as the coronavirus was silently beginning to spread through the United States, I observed a community meeting in Sean Matthews’ high school classroom.

As Matthews, a special education teacher, went around the room and posed the questions to each of his students, one answered that he was feeling energetic. Another said rushed. A third responded that he was in despair. Each interaction cued to Matthews where his students were internally and what they needed from him to have a successful day. From there, they were able to dive into their school work, which, on that day, involved a discussion of the final chapters of Harper Lee’s “To Kill a Mockingbird.”

Two weeks later, the extent of the COVID-19 outbreak was crystalizing nationwide, and schools shut down en masse.

Ever since mid-March, Matthews and his colleagues at Valley Day School have met with students for about an hour every day during live video sessions. The majority of instruction and school work is done asynchronously. The live sessions, instead, prioritize student check-ins, starting with virtual community meetings. It’s not ideal, but staff at Valley Day have tried to make the most of the tools available to transfer elements of the school’s trauma-informed approach to a virtual environment.

Valley Day School, located a couple miles from the New Jersey state line in Morrisville, Pa., is classified as an Approved Private School, a special designation for schools in Pennsylvania that serve children whose needs, due to severe or complex disabilities, cannot be adequately met in a traditional public school’s special education program.

Many students at Valley day exhibit behavioral challenges or aggression, experience depression and anxiety, and struggle with social interactions. Some have been diagnosed with ADD or ADHD. These challenges can lead to students “eloping”—walking out of or refusing to attend class—crying, and threatening or using physical violence.

When Hall, the executive director, joined the school eight years ago, the behavioral approach used with students was primarily punitive. In some cases, students were expelled. In others, the police liaison down the hall would file disorderly conduct charges. Students were increasingly becoming involved in the criminal justice system.

Read the full article about trauma-informed care by Emily Tate at EdSurge.

Interested in learning more about Coronavirus? Other readers at Giving Compass found the following articles helpful for impact giving related to Coronavirus.