Changing Our Meat Consumption Habits For Our Planet 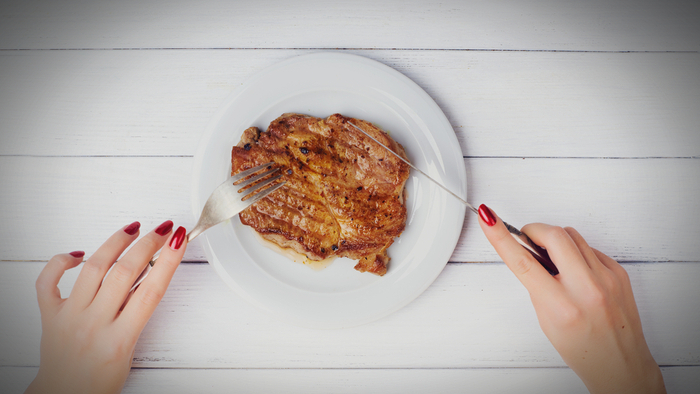 • The Reducetarian Solution is an anthology that discusses how you can eat less meat through gradual cutbacks rather than force yourself to give it up completely to combat climate change.

• What is the connection between meat consumption and climate change?

• Read about other ways to reduce your meat consumption habits.

Around seven years ago, Brian Kateman was eating a hamburger on a plane as he flew to a conference where he was presenting research on tree ring data and climate change that he had conducted for a college class. “I was always the guy on campus who identified as an environmentalist, telling people to take shorter showers and carry around reusable water bottles,” Kateman tells Fast Company.

But until his friend looked over, saw Kateman chowing down on ground beef while poring over notes on the declining state of our planet, and tossed him The Ethics of What We Eat—Peter Singer’s seminal book that explores the impact our food choices have on animals, ourselves, and the environment—Kateman never made the connection between meat consumption and climate change.

Kateman founded the Reducetarian Foundation in 2014 while studying conservation biology at Columbia University. In The Reducetarian Solution, a new anthology edited by Kateman, thought leaders from Singer to economist Jeff Sachs to environmentalist Bill McKibben sound off on the reasons why less meat is a good thing for humans and the planet we inhabit—and why it’s more important to focus on gradual cutbacks and their benefits than forcing yourself into a category like vegan or “flexitarian,” where the focus might drift more toward obeying a set of rules than focusing on a specific global outcome.

The Reducetarian Solution anthology, Kateman says, is neither a prescription nor a fix for livestock-industry produced climate change. But the variety of approaches and perspectives contained in the book testify to how open the avenues are for bringing about this kind of change. In late May, a month after the release of the anthology, the Reducetarian Foundation will host its first summit in New York City to tackle the question of, “How do we as individuals, organizations, communities, and societies work to systematically decrease meat consumption?”

Read the full article about eating meat by Ellie Anzilotti at Fast Company.

Conservation is a complex topic, and others found these selections from the Impact Giving archive from Giving Compass to be good resources.