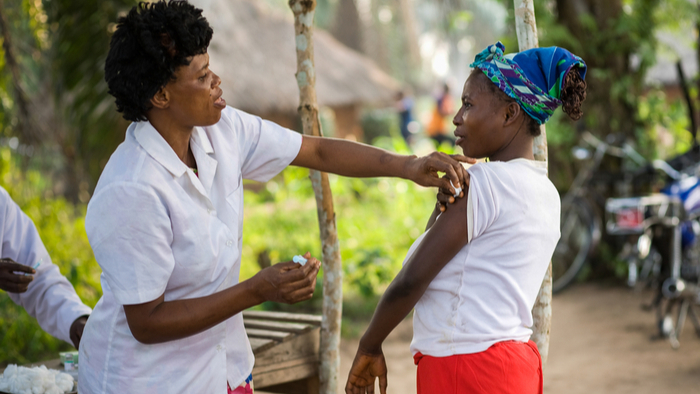 • In this story from STAT News, Helen Branswell discusses the recent Ebola outbreak in the Democratic Republic of the Congo, including the violent reactions of citizens.

• How do we protect response workers from violent backlash while not discouraging citizens from seeking treatment?

• To learn more about the complications in addressing the Congo’s Ebola outbreak, click here.

The Ebola outbreak in the Democratic Republic of the Congo is threatening to spiral out of control, with ongoing violence aimed at the Ebola response workers undermining efforts to stop spread of the deadly virus.

STAT spoke to a number of experts involved with or closely monitoring the situation to try to get a sense of where the outbreak in northeastern DCR is heading.

Each one agreed: A disaster is unfolding.

“The numbers in the last month have been horrifying,” said Dr. Jeremy Farrar, director of the Wellcome Trust, a major funder of the Ebola response. “It’s on a knife edge. I’m not sure how else to describe it, really.”

The statistics are grim: Double-digit daily increases in the case count are now the norm. Most new cases are people who never hit the radar of the teams searching for those who have been exposed to the virus, so they were never offered the experimental Ebola vaccine being used to try to contain the outbreak. Treatment centers are under armed guard, protecting health workers but discouraging people with Ebola from seeking their care, people familiar with the situation say.

Ebola treatment centers and roadside checkpoints have been torched; response workers have been beaten. On April 19, Dr. Richard Mouzoko, an epidemiologist from Cameroon working for the World Health Organization, was murdered when gunmen burst into a meeting he was leading.

Learning and benchmarking are key steps towards becoming an impact giver. If you are interested in giving with impact on Diseases and Cures take a look at these selections from Giving Compass.