Efforts to Reunite the Black Community with Nature Through Hiking 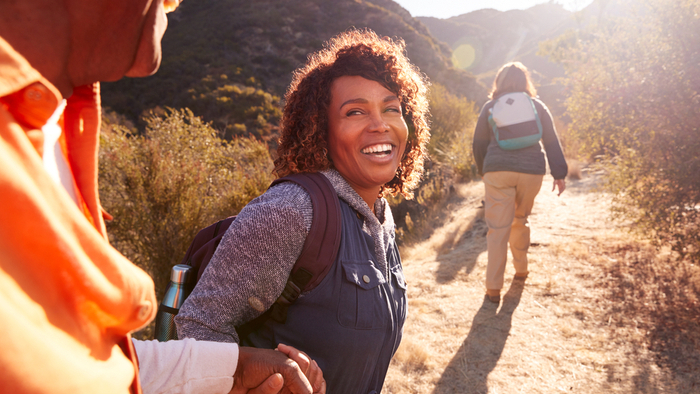 Being outdoors not only offers physical and mental benefits, but it is a space where humans can enjoy recreating regardless of their physical ability, religious belief, gender preference, or ethnic background. Unfortunately, this was not always the case for Black men and women in this country. For instance, seeing a Black person on a hiking trail often was the exception and not the norm. But why?  Well, the lack of African-Americans in the outdoor space can be traced back through generations.

The absence of Black folks in green spaces is rooted in a painful past of enslavement and lynchings. Those horrendous acts against African-Americans often occurred in wooded areas and outdoor spaces. Such settings were just not a safe space for Black people for centuries. Even as Jim Crow-era laws were struck down, desegregation in National and State Parks was not actualized for decades But that narrative is changing with the help of many BIPOC outdoor groups, leaders, and enthusiasts. Our hiking group, Black Girls Hike RVA, is helping to lead the way in Richmond, Virginia.

Founded by friends Nicole Boyd and Narshara Tucker,  Black Girls Hike RVA (BGHRVA) has the steadfast mission of creating a safe space for women of color on hiking trails. Leading hikes locally and regionally across the state, Boyd and Tucker, also middle school teachers, include narratives on the history of the trails while hiking to educate their members. Our hikers range in ages from 20 to 70 years old and come from all over the state to participate.  Members eagerly joined following the founding of BGHRVA noting they felt unsafe hiking alone or wanted to hike with women who looked like them and had a shared experience.

Read the full article about Black women in nature by Nicole Boyd at Feedback Labs.