England is Building a Mental Health Curriculum For Schools 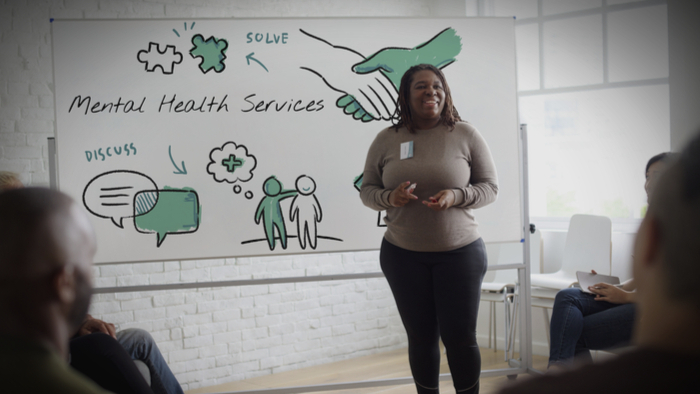 • The English government plans to design a mental health curriculum in state-funded schools and college since England has seen the number of young people with mental health issues increase.

• Who will be part of building the mental health curriculum? Will student opinion be included?

• Read about why we need to care about mental health worldwide.

A recently published green paper outlined the government’s plans to make mental health education a compulsory component of the curriculum in state-funded schools and colleges. By 2025, every school and college in England will have a “designated lead” trained to spot mental health issues in students.

Matt Blow, policy manager at children’s mental health organisation YoungMinds, told Mashable: “There is a mental health crisis in our classrooms.” He said that’s why it’s “crucial” that all young people are taught about mental health from a young age so they know what to do “if they’re struggling to cope.” “Dedicated lessons on relationships, sex and the online world are an important step forward, and schools also need the resources and recognition to prioritise wellbeing in everything they do,” he continued.

Mashable spoke to mental health workers and activists to find out what they believe should be high on the agenda. Hattie Gladwell, a journalist specialising in mental health, says she thinks school kids should be taught “the difference between rational emotions and those connected to mental illness.”

She also believes curricula should focus on a “spectrum” of mental health conditions and not solely on anxiety and depression. “As someone with bipolar disorder, I would have really benefited knowing that my episodes of mania, my anger outbursts and occasional depressive episodes were more than just being a ‘hormonal’ young girl — which it was often excused as,” she says.

Knowing who to contact and what resources are available if you experience suicidal thoughts should be an important part of the curriculum. There should also be a component that’s specific to the needs and concerns of LGBTQ students and conversations about mental health in relation to gender identity and sexual orientation need to be had.

If you are looking for more articles and resources for Europe, take a look at these Giving Compass selections related to impact giving and Europe.

In addition to learning and connecting with others, taking action is a key step towards becoming an impact giver. If you are interested in giving with impact for Europe take a look at these Giving Funds, Charitable Organizations or Projects.